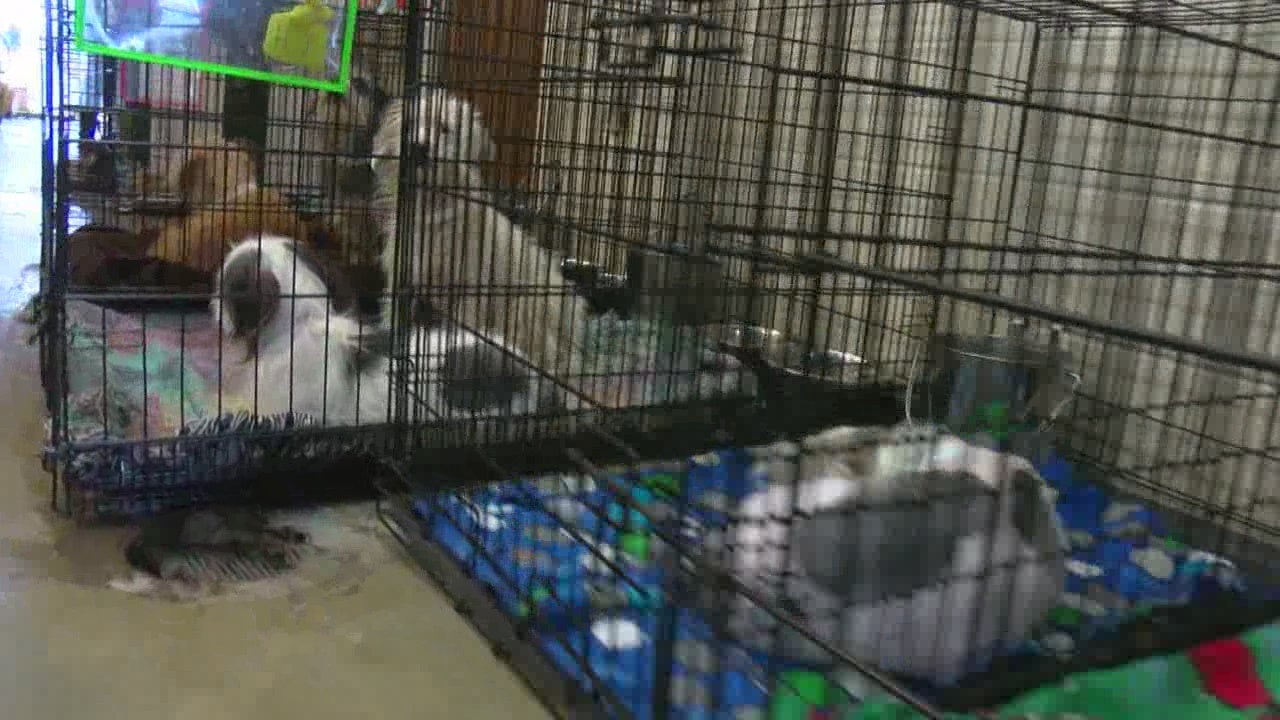 MADISON COUNTY (WISH) — Eighteen dogs have been rescued from what authorities are calling “one of the worst hoarding cases they’ve ever seen.”

One of the dogs had to be euthanized; the others were being treated for fleas, matted fur and possible mange.

Madison County deputies were called out to a home in Alexandria on Saturday afternoon after someone reported excessive barking coming from the home.

The home was described as being in bad condition with the smell of urine and feces reportedly detectable from the driveway. Two sheriff’s deputies had to be checked by doctors after being exposed to the amount of ammonia in the residence.

A bedroom where some of the dogs were kept was described as having mold-covered walls and feces-covered flooring.

The dogs were described as Shih Tzus and rat terrier mixes. They appeared to have been fed but weren’t groomed.

The Animal Protection League in Anderson took over care for the dogs. The director there says one of the rescued dogs was paralyzed and had extreme urine burns.

“Basically, for lack of a better term, (the dog) was rotting from the waist down … needed to be put to sleep,” said Maleah Stringer, director of the Animal Protection League. “That dog was clearly suffering and that was really hard to see.”

“I don’t think anybody starts out with the intent of this happening. I think that life happens; they get overwhelmed.”

But she said help is out there and people who find themselves in these situations need to ask for it.

The remaining 17 dogs were being treated and observed by the Animal Protection League. A state veterinarian will examine the dogs on Monday.

Medical care is expected to cost about $250 per dog. The Animal Protection League is raising money to help cover those expenses. Donations can be made online here.