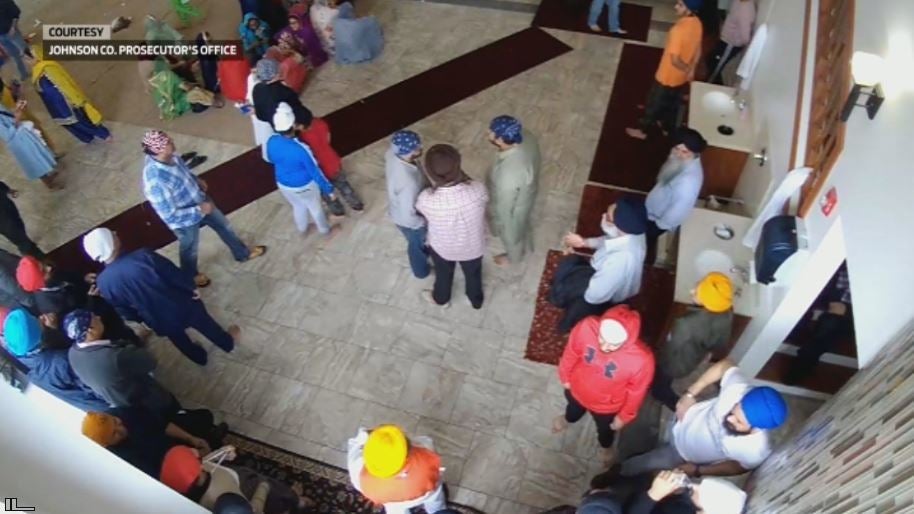 Greenwood Police, after the fight was over, said the fight started over a process to select temple leaders, which happens every two years. The altercation was over relinquishing the power among leaders within the temple, according to Greenwood Deputy Police Chief James Ison. He said he believes there was a worship service going on when the fight broke out. While part of the ceremonial dress includes daggers, Ison said no one was reported stabbed. Nine people suffered minor injuries and were taken to a hospital for treatment.

About 150 people were inside at the time, including men, women and children. Nine reported minor injuries.

These suspects are charged with both disorderly conduct and battery resulting in bodily injury: Amardeep Singh and Harpreet Singh.