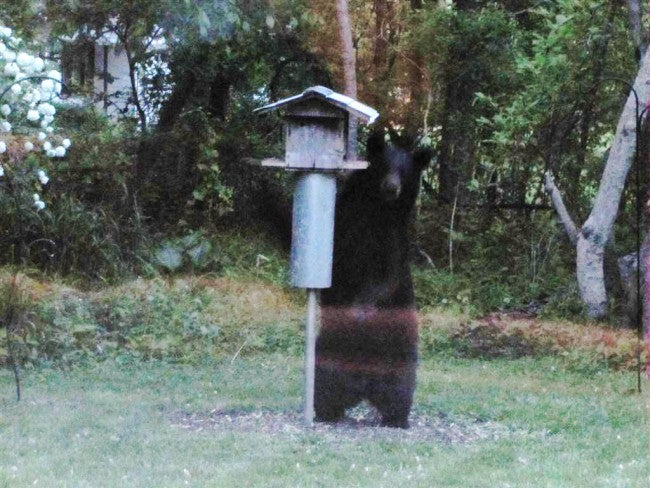 INDIANAPOLIS (WISH) — The first black bear seen in Indiana in nearly 150 years has been captured and euthanized, officials said Tuesday.

The Times of Northwest Indiana reports the bear was killed after attempting to break into two homes in Harbor County, Michigan.

The 2- to 3-year-old male bear had been spotted numerous times in northern Indiana and southwestern Michigan over the past year.

When the bear crossed into Indiana in early June 2015 it became the state’s first confirmed wild black bear sighting in 144 years. Hunting and habitat loss had eradicated the species in the 1800s.

Southwest Michigan residents reported seeing the bear almost daily since it came out of hibernation three or four weeks ago, The Times reports.

It was caught by the Michigan Department of Natural Resources after officials baited a trap with sweets like honey, doughnuts, bacon and sardines, according to The Times.

“It had become too familiar with people,” Mark Sargent with Southwest Wildlife told The Times. “When they’re not scared of people, it raises it to a higher level of threat. We followed our guidelines and made the decision to euthanize it.”

The ultimate disguise for this time of year. pic.twitter.com/8GLCa0l3ot– Hoosier Bear (@bearindiana) December 14, 2015

You too can win a chance to have me visit your find Indiana home for Thanksgiving. pic.twitter.com/HoDxSUy0zY– Hoosier Bear (@bearindiana) November 10, 2015

It’s supposed to be pretty mild in the region this week. I’ll drink and eat to that. pic.twitter.com/iHCLdhlgDn– Hoosier Bear (@bearindiana) December 9, 2015