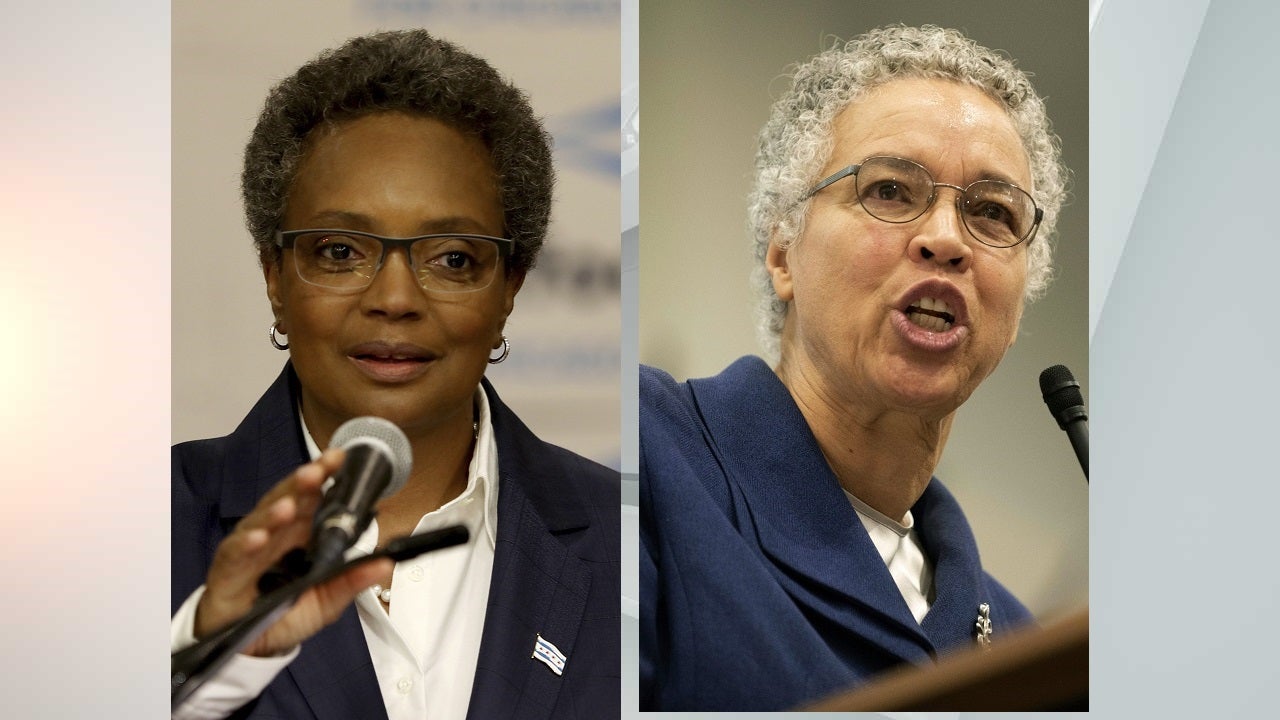 CHICAGO (AP) — Two African-American women will face each other in a runoff for Chicago mayor after defeating a member of the Daley family that has dominated the city’s politics for most of the past six decades and 11 other candidates in Tuesday’s election.

Political outsider Lori Lightfoot, a former federal prosecutor, and Cook County Board President Toni Preckwinkle were the top two vote-getters, but neither received more than the 50 percent needed to avoid an April 2 runoff. The winner will succeed Mayor Rahm Emanuel and become the first African-American woman to lead the nation’s third-largest city. Emanuel did not seek re-election.

Among those they defeated was William Daley who has never held major elected office but featured the most famous surname in the race. His father, Richard J. Daley, and brother, Richard M. Daley, held the city’s top job for nearly 43 years of a 55-year span before Emanuel took the oath in 2011. Daley is a former U.S. Commerce secretary who, like Emanuel, served as White House chief of staff to President Barack Obama.

Emanuel ‘s decision not to seek a third term drew some of the biggest names in state and municipal government as would-be successors, along with some political newcomers with strong support, in a transitional election for a lakefront metropolis still struggling to shed its reputation for corruption, police brutality and street violence.

“What do you think of us now?” Lightfoot said Tuesday night to a crowd of her supporters. “This is what change looks like.”

Lightfoot, the first openly gay woman to run for Chicago mayor, has been critical of efforts to reform the Chicago Police Department in the wake of the 2014 fatal shooting of black teenager Laquan McDonald by a white police officer.

Preckwinkle, who previously served 19 years on the City Council and was a Chicago Public Schools teacher, also made a campaign issue out of McDonald’s shooting.

Jim Allen, spokesman for the Chicago Board of Election, said turnout by late afternoon was around 27 percent of registered voters. The record low for a February mayoral election was 33.8 percent in 2007, when Emanuel was first elected.

“It appears that some voters either just disengaged or are not willing to make a decision until they know who’s in the runoff, assuming there is a runoff,” Allen said.

Illinois Comptroller Susana Mendoza and attorney Gery Chico, who has headed several city departments including the Board of Education, rounded out the highest-profile candidates.

Although a nonpartisan election, the candidates are all attached in varying degrees to the Democratic Party. The Republican Party has virtually disappeared from the city.

“A problem is the absence of the Republican Party offering a different choice and different ideas,” said DePaul University political scientist Larry Bennett. “Those running are all Democrats, offering odd claims of doing something different.”

The variety of candidates reflects the many issues facing Chicago’s next mayor: poor neighborhoods in need of investment, overwhelming pension debt, low-performing public schools and a crime rate that is often pointed to as among the nation’s worst.

However, an issue that took center stage in the contest is the need to change how business is conducted at City Hall. For some that means an end to pay-to-play, paying off influential politicians in order to do business in the city.

Since 1972, more than two dozen city aldermen have been convicted of crimes related to official duties.

Last month, Edward Burke, a 50-year veteran and former chairman of the City Council’s Finance Committee, was indicted after authorities said a wiretap on his cellphone captured him pressuring executives of a fast-food chain to hire his law firm in exchange for help with permits. Preckwinkle, Mendoza, Chico and Daley all sought to distance their ties to Burke, who had a comfortable lead in his race for re-election on Tuesday.

The decree is the most important consequence of the 2014 fatal shooting of black teenager Laquan McDonald by former officer Jason Van Dyke. A video of the shooting sparked demonstrations and resulted in Van Dyke’s murder conviction . Illinois’ attorney general sued the city to force the court’s involvement after years of inaction by the City Council, which dealt with systemic police misconduct in recent years by approving millions of dollars in lawsuit settlements.

Emanuel’s popularity plummeted after release of the McDonald shooting video and he eventually decided not to seek re-election to a third term, leading to the scramble to succeed him.

Voters will also choose among candidates for the 50-member City Council.

The city has a tradition of having a dominating mayor and a City Council that isn’t aggressive in serving as a separate branch of government, according to Bennett, the political scientist. That has meant the performance of various city departments hasn’t received adequate scrutiny.