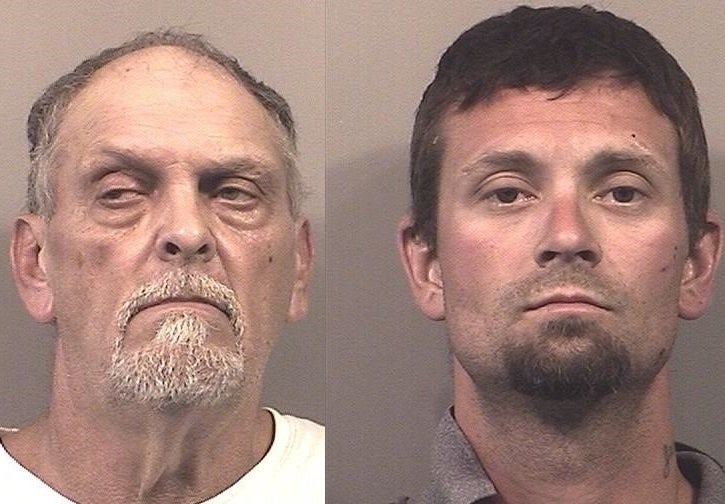 EDINBURGH, Ind. (WISH) — A traffic stop in Johnson County led to the arrest of two men wanted on warrants.

Deputy Ian McLaughlin was in Johnson County Park near County Road 325 East around 3 a.m. Wednesday when he noticed a vehicle traveling at a high rate of speed. He caught up to the vehicle, which eventually pulled into a parking lot. The vehicle began to pull out of the lot as McLauglin pulled in. He then initiated a traffic stop and found three people in the car.

Garry Moore, 68, of Edinburgh, and Dustin Harden, 33, of Columbus, were both wanted on warrants in Johnson County for failure to appear. Both were arrested and taken to the Johnson County Jail.

The third passenger, 40-year-old Reid Cross of Fort Myers, Florida, was free to leave the scene.