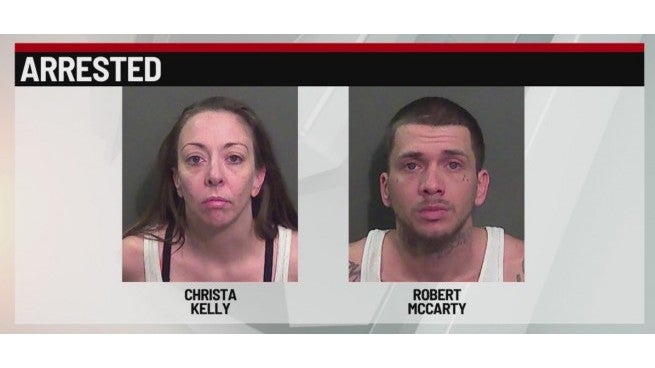 Officers with the Marion Police Department responded to the Luida Trailer Park, 2743 W. 17th St., around 11:30 p.m. Saturday on a report of a shooting.

Police found Cheryl Mann, 65, with a single gunshot wound to the head. She was taken by medical helicopter to a Fort Wayne hospital in critical condition and died Sunday.

Mann’s grandson, 30-year-old Jonathan Lovell, sustained gunshot wounds to his right leg and left arm and was stable at a Fort Wayne hospital on Sunday, police said. Police found a 13-year-old boy asleep and uninjured at the scene.

Police believe the shooting may have stemmed from an argument among Lovell, McCarty and Kelly.

On Monday night, Kelly and McCarty were being held in the Grant County Jail without bond.