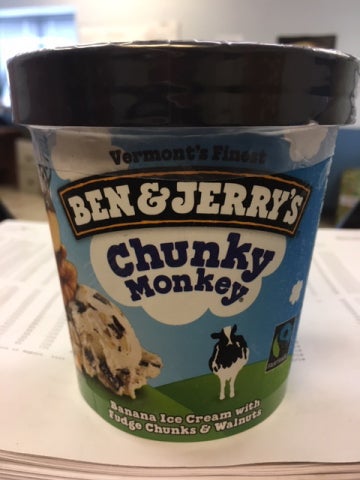 Chunky Monkey pints and Coconut Seven Layer Bar bulk are both on the recall list.

The Chunky Monkey pints were sold in retail stores while the Coconut Seven Layer Bar bulk packages were distributed to whole and scoop shops.

The flavors are being recalled due to the possible inclusion of almonds, Brazil nuts and hazelnuts that are not declared on the packaging.

The company says no illnesses have been reported.