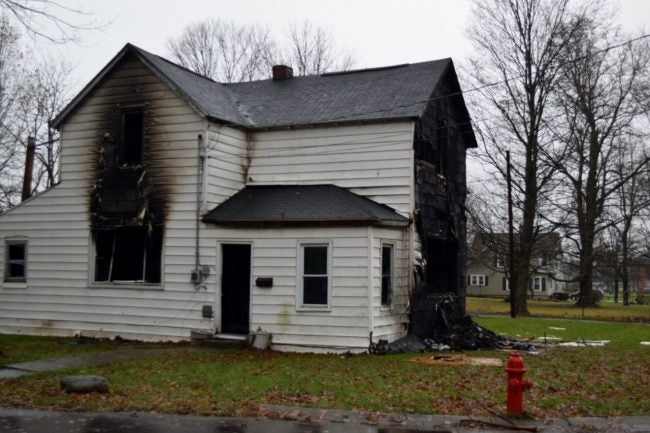 It happened on West North G Street, near the intersection of North First Street and West Main Street.

Volunteer firefighters found the bodies of the two men inside the home.

A family dog also died in the fire.

Fire officials say the fire started on the main floor and spread to the second floor.

There were no working fire alarms in the home.