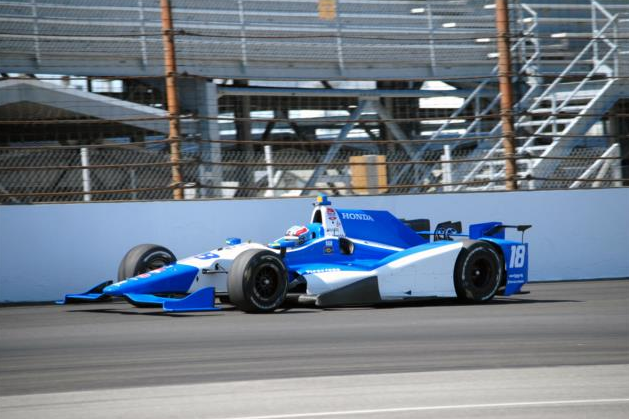 The incident started as James Davison was leaving his pit box. Pippa Mann was in the near lane passing by and hit Davison, pushing his car into two of Vautier’s crew members.

The outside rear tire changer, Daniel Jang, was taken to IU Health Methodist Hospital with a right ankle injury. He was reportedly responsive, but representatives said he needed surgery on his ankle and that he would be released once surgery was complete.

Greg Senerius, the other crew member injured, was treated at the infield hospital and released with a left foot injury.

24-Hour News 8 spoke with Senerius shortly after the accident. He said he had never seen an incident like this before and had never been part of an accident.

When asked what happened he said, “I have no idea. I got hit by a car.”

Senerius said he didn’t see Davison’s car coming. He walked with a noticeable limp and said he felt sore, but was going to be fine.

Scary situation for us on pit lane. Let’s hope everyone is alright.- Dale Coyne Racing (@DaleCoyneRacing) May 24, 2015