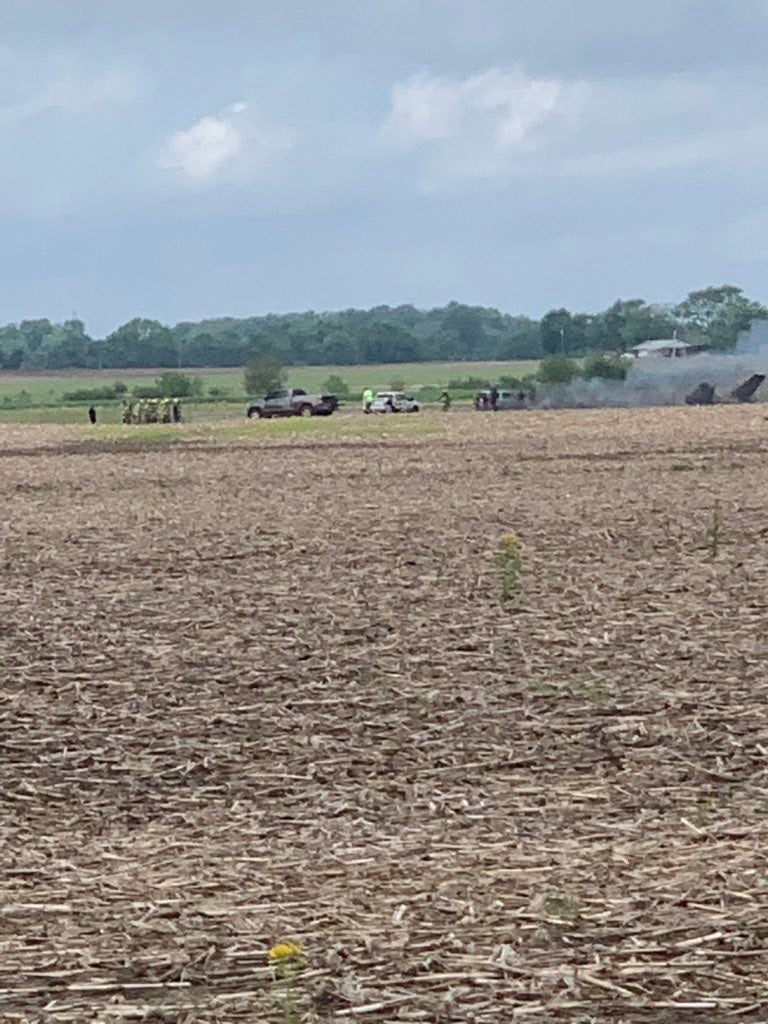 The crash of the Cessna Citation 550 aircraft was first reported to Hancock County dispatchers around 12:43 p.m. Sgt. John Perrine with the Indiana State Police said Hancock County deputies were the first to arrive to the scene.

Deputies provided firefighters with utility vehicles to get to the site of the crash, which was in the middle of a muddy field.

Perrine said the small plane took off from the airport and crashed shortly after takeoff.

“Anytime you’re dealing with a plane crash you expect the worst, and this one is, it’s a fatal crash which is tragic,” said Sgt. John Perrine with the Indiana State Police. “And that tragedy will resonate throughout this community regardless of where they (the victims) were from.”

No details on what may have caused the crash have been released at this time.

Investigators with the Federal Aviation Administration and National Transportation Safety Board will work to determine the cause of the crash. Indiana State Police and Hancock County authorities are securing the scene of the crash until federal partners arrive.

NTSB investigating May 22 crash of a Cessna Citation 550 aircraft in Greenfield, IN. — NTSB_Newsroom (@NTSB_Newsroom) May 22, 2019

Names of the victims have not been released.

Photos from Twitter user @wxindy show aftermath of the crash.