2 displaced, $250K in damage after northeast side apartment fire 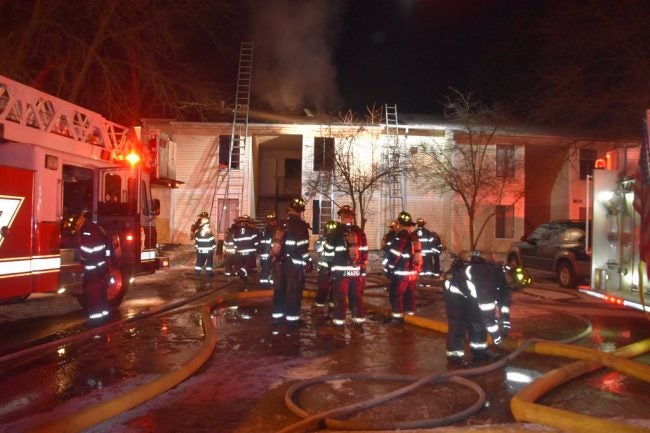 INDIANAPOLIS (WISH) – Two people have been displaced following an early morning apartment fire on the city’s northeast side Monday morning.

At approximately 3:45 a.m., crews were called out to an apartment fire in the 5700 block of San Paulo Circle.

According to the Indianapolis Fire Department, heavy fire was spotted upon arrival.

IFD says that four units in all were damaged.

There were no injuries as a result of the fire.