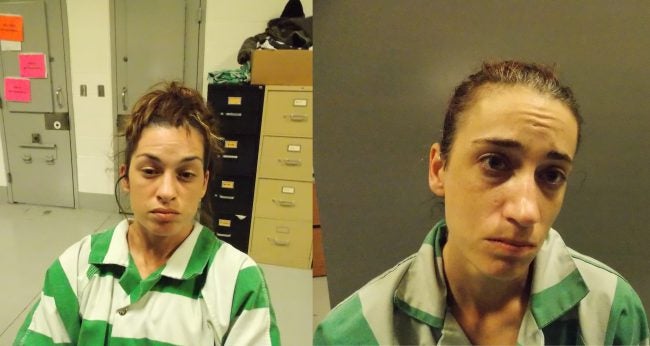 NORTH VERNON, Ind. (WISH) — Two women are in custody after a strategic patrol of Indiana State Police in Jennings County that resulted in at least eight arrests.

Around 12:50 p.m. on Sunday, state troopers conducting a patrol stopped a car for a traffic violation near Norris Avenue and White Street in North Vernon and called in a K-9 unit after becoming suspicious of criminal activity. The K-9 Jinx indicated the presence of illegal drug odors, after which a search of the vehicle uncovered suspected methamphetamine, heroin, marijuana, controlled substances and drug paraphernalia.

Acree and Parton were taken to the Jennings County Jail. Once there, authorities found drugs hidden on Parton’s body, leading to an additional charge of trafficking with an inmate.

Both are expected to make an initial court appearance soon.