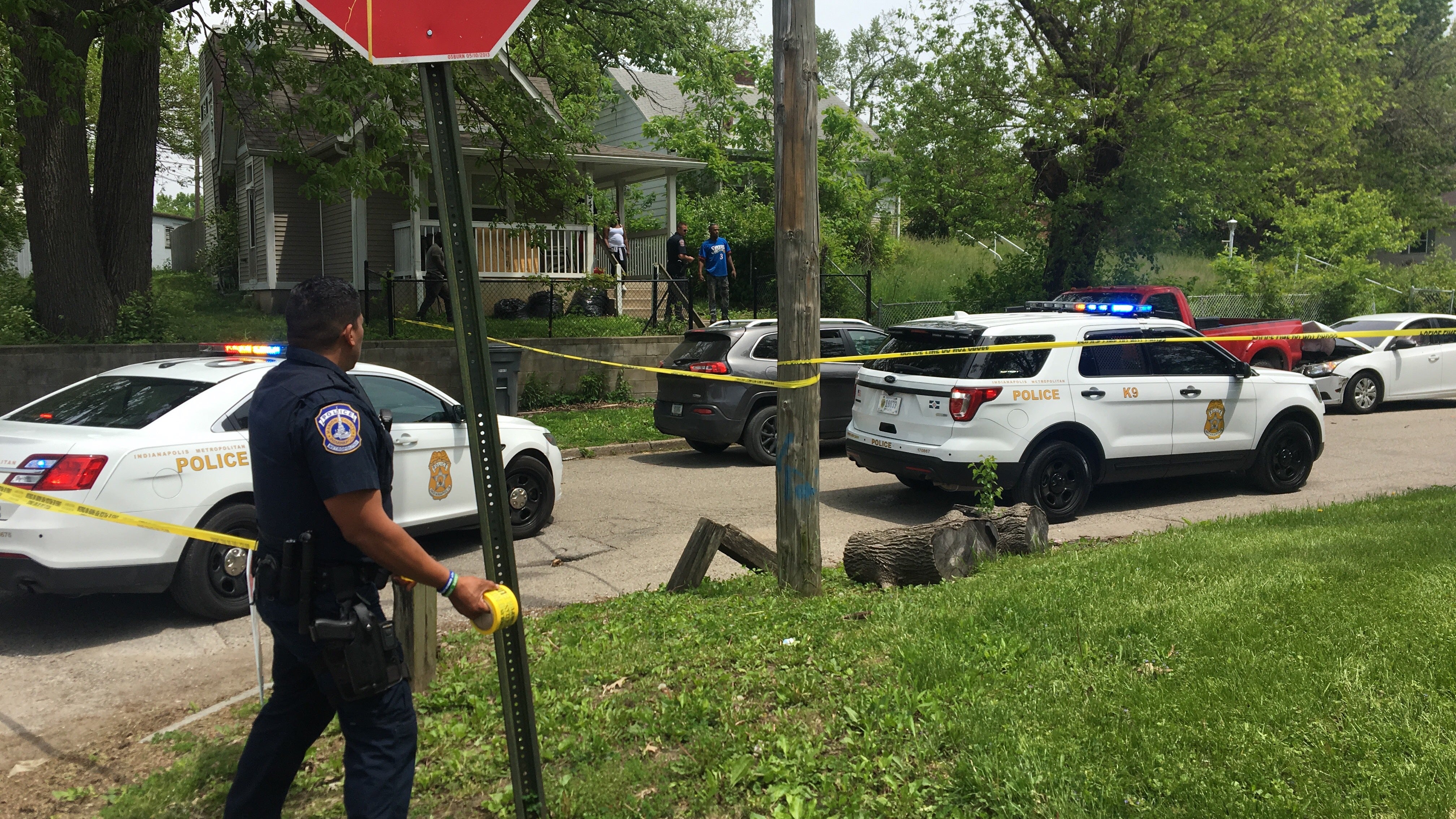 The Indianapolis Metropolitan Police Department is investigating the shooting, which happened just before 1 p.m. in the 2000 block of Fernway Street.

IMPD says two people were shot while driving a car. The car ended up crashing into a truck when it stopped.

The victims have not been publicly identified.

IMPD said a suspect was being sought, but provided no information about the suspect.