2 men, ages 18 and 28, die in Delaware County crash; 2 others in critical condition 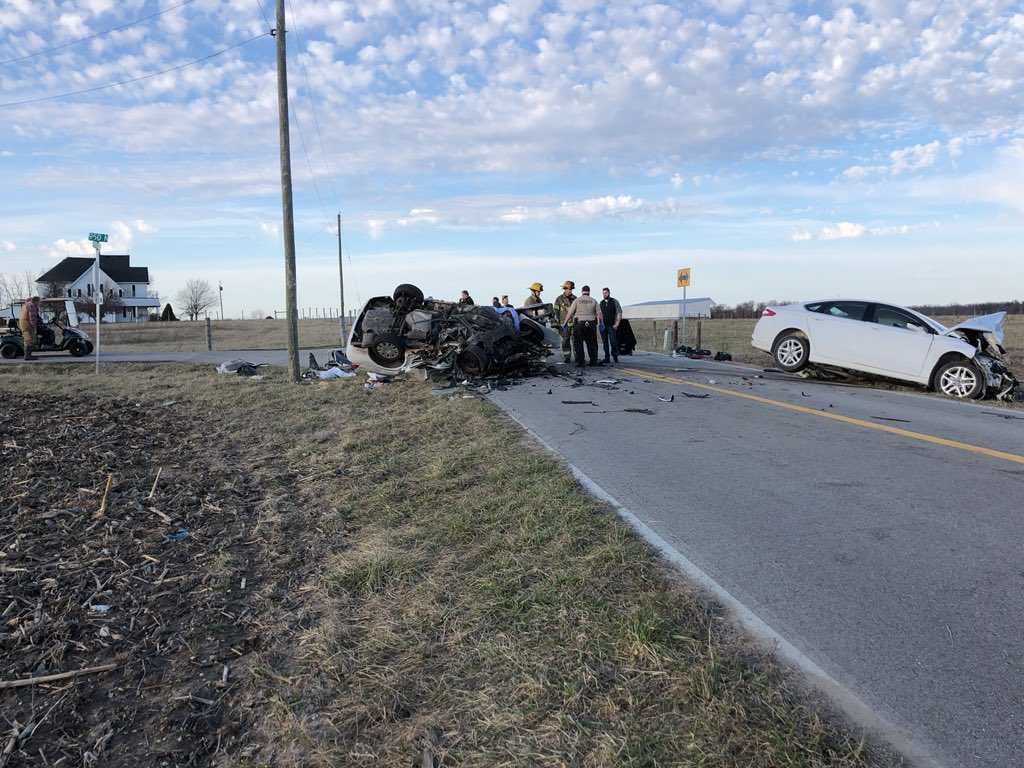 GASTON, Ind. (WISH) — Two people are dead, a third has life-threatening injuries and two others also were hurt in a head-on crash Tuesday afternoon on a rural Delaware County road, authorities said.

In the southbound Focus, the driver, Joshua Hartley, 18, and the front-seat passenger, Matthew Case, 28, suffered fatal injuries in the crash. Passenger Lydia J. Astrop, 18, was in critical condition and flown by helicopter from the scene to St. Vincent Indianapolis Hospital. Another passenger, Jacob Hartley, 18, was in critical condition and taken to IU Ball Memorial Hospital in Muncie.

The driver of the northbound Focus, Benjamin Parsons 68, was taken in serious condition to IU Ball Memorial Hospital. He was the only person in the northbound car.

A news release from Krupa did not indicate the hometowns of any of the victims.

The driver of the southbound vehicle appears to have lost control of the vehicle on the curve due to speeding, Krupa said. Drugs and alcohol also are believed to be factors in the crash, Krupa said.