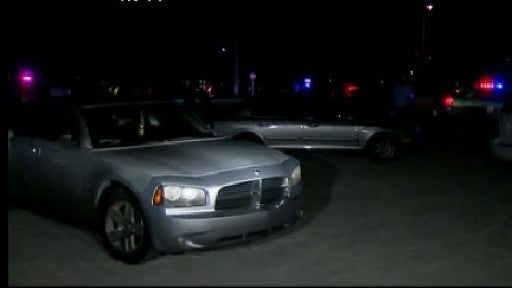 WELLINGTON, Fla. (AP) — A high school football stadium was evacuated after gunshots rang out during a practice football game in South Florida on Friday night in what authorities say stemmed from an altercation between students.

Palm Beach County Sheriff’s officials said two people were injured in the gunfire during the game at Palm Beach Central High School. The victims were not identified and their conditions were not immediately known.

Spokeswoman Teri Barbera said a group of students got into a fight during the game. One of the victims was found on school property and the second victim was taken to the hospital by a friend.

The Palm Beach Post reports a helicopter landed on the field, and a man was being treated on the track.

Lynn Monnette told the newspaper that she was watching her son play when she heard four shots fired during the fourth quarter. She said the shots were coming from the far end of the bleachers underneath where the band sits. She said chaos broke out and shoes and other personal belongings went flying as people fled the area.

It was not immediately clear whether the shots were fired in or near the stadium.

Authorities said they don’t have a motive or suspects but said the violent crimes division would take over the investigation.

The game was between Palm Beach Central and William T. Dwyer high schools.