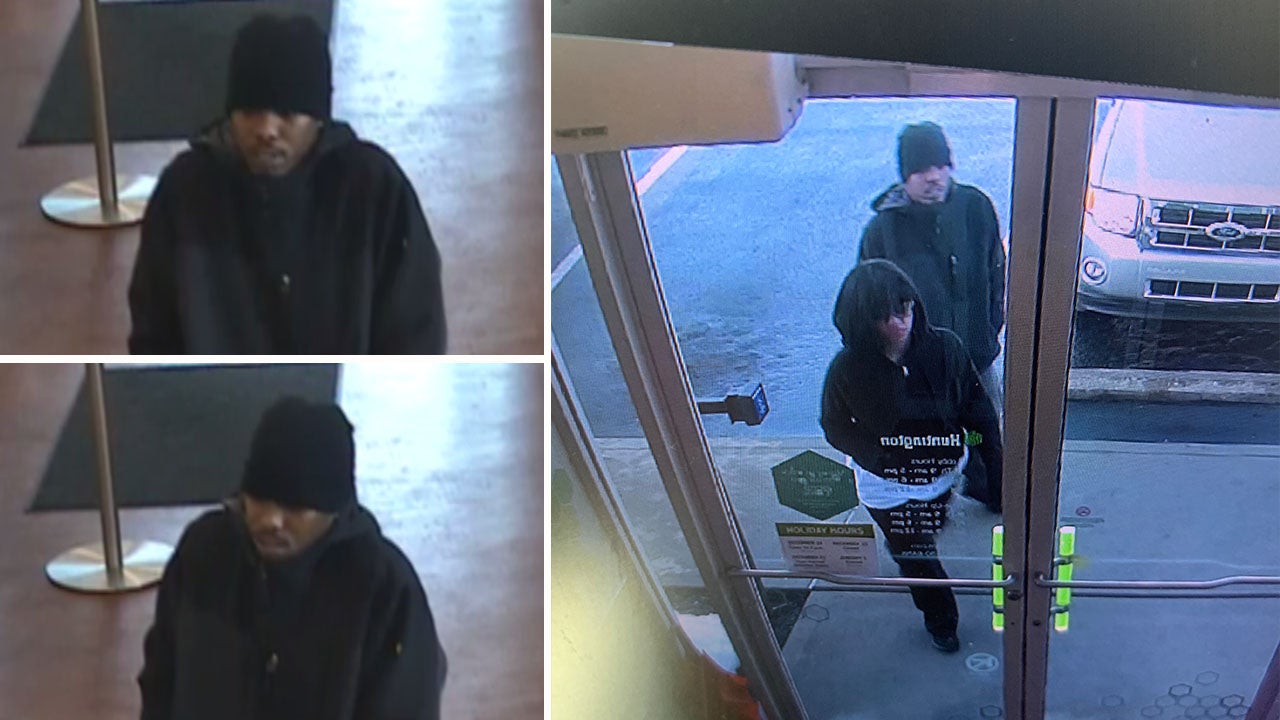 INDIANAPOLIS (WISH) — Lawrence police are asking for the public’s help in identifying two people who are suspected of robbing a bank on Christmas Eve.

According to the department, a male and a female walked into the Huntington Bank located at 11800 Pendleton Pike around 10:45 a.m. on Tuesday.

They presented a note to an employee implying that they were armed and demanded cash.

The pair exited the bank after taking the cash and a dye pack activated. Police believe the pack covered the stolen cash, the suspects’ clothing and possibly the female suspect with red dye.

The male is approximately 6 feet tall with an average build. The female, who police believe was wearing a wig, is about 5 feet 5 inches tall and of small build.