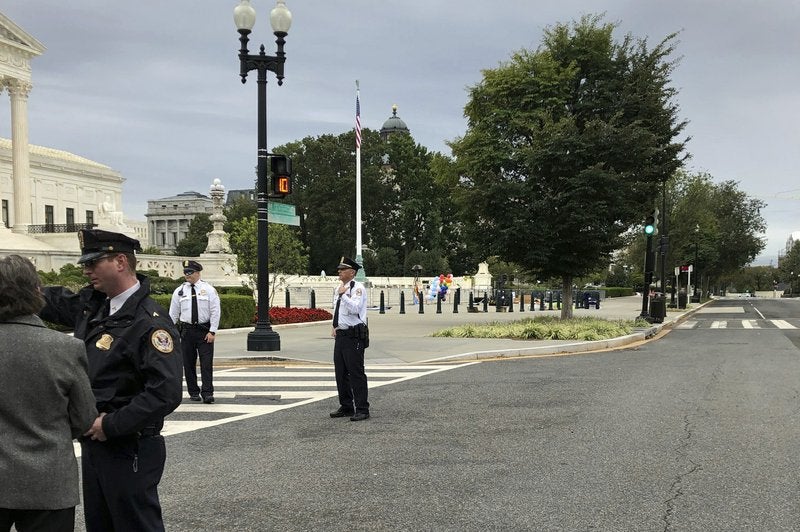 WASHINGTON (AP) — The Supreme Court says police investigated two suspicious packages found near the court just before the justices were to hear arguments over LGBT rights.

Court spokeswoman Kathy Arberg says the packages were found Tuesday near an intersection between the court, the Capitol and the Library of Congress.

Police cleared the plaza and the sidewalk in front of the court, which had been filling with people ahead of the high-profile arguments.

The building remained open and was not evacuated, Capitol Police said. The incident was resolved around 10 a.m., police said.