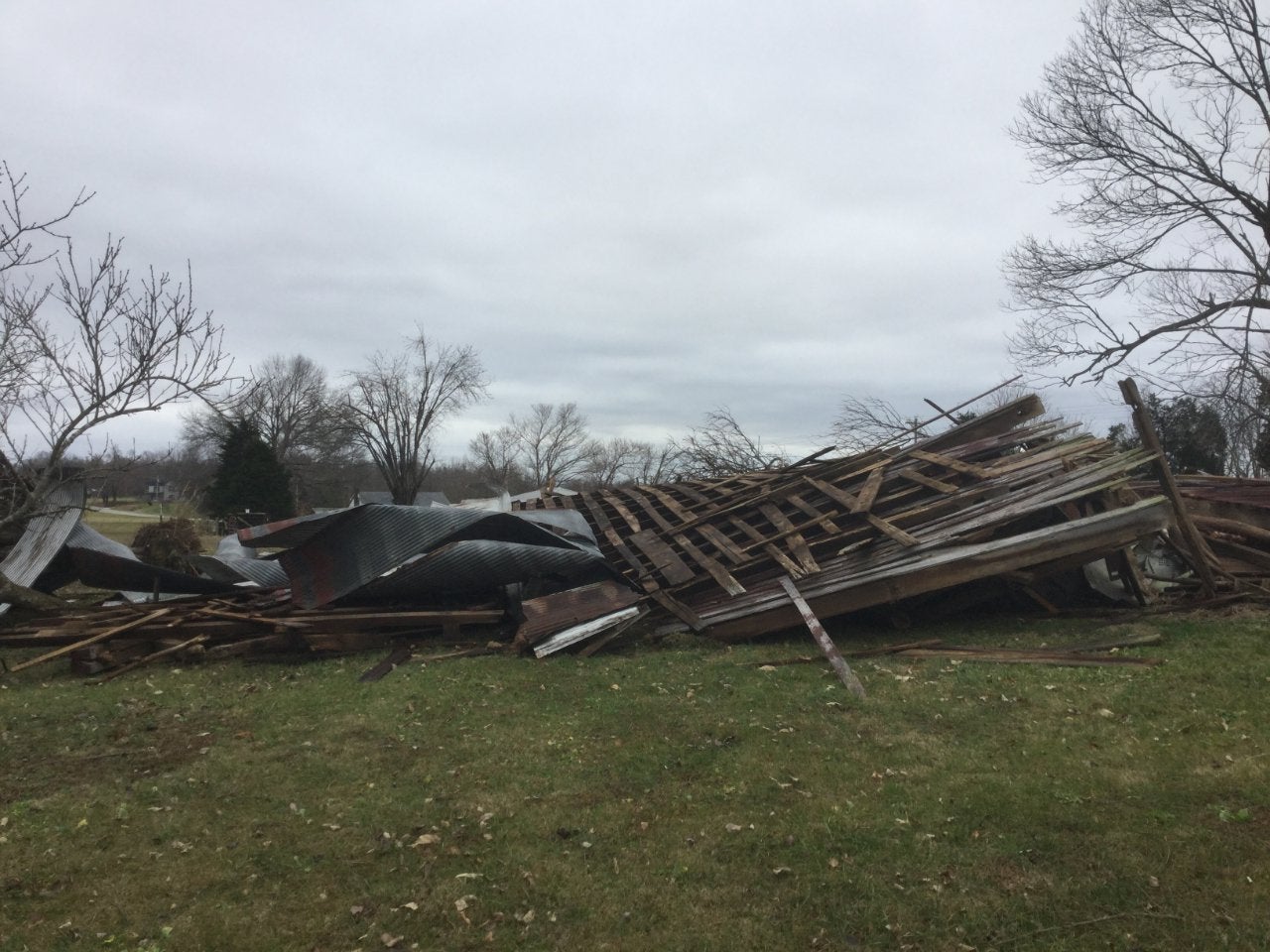 A survey team from the weather service said one tornado touched down on Rogers Campground Road near Dogwood in Harrison County near the Ohio River. Dogwood is about 5 miles west of the Louisville, Ky., metropolitan area. No injuries were reported.

The maximum width of the tornado was 140 yards. The “intermittent skipping tornado” traveled 2.2 miles, from a mile east of Dogwood to a mile southwest of Elizabeth, the survey team’s report said.

A tornado warning for the area was issued at 3:12 p.m. Monday.

The tornado first touched down at 3:38 p.m. along State Road 337. That’s where a heavy metal-chain fence weighing several hundred pounds was picked up and thrown about 30 years into the back of a house, which received significant damage, the weather service said.

Other damage recorded in the report included a chicken house weighing hundreds of pounds that was rolled over and moved several feet. Also, at least two barns and a mobile home were damaged.

On Wednesday, the weather service confirmed a second tornado struck southern Indiana on Monday afternoon. It says the twister with estimated peak winds of 105 mph touched down in Spencer County, damaging at least three homes, mostly to their roofs and facia. A detached garage was destroyed with the debris thrown at least 300 yards. At least three metal farm buildings sustained minor roof damage in the tornado’s 3-mile path.