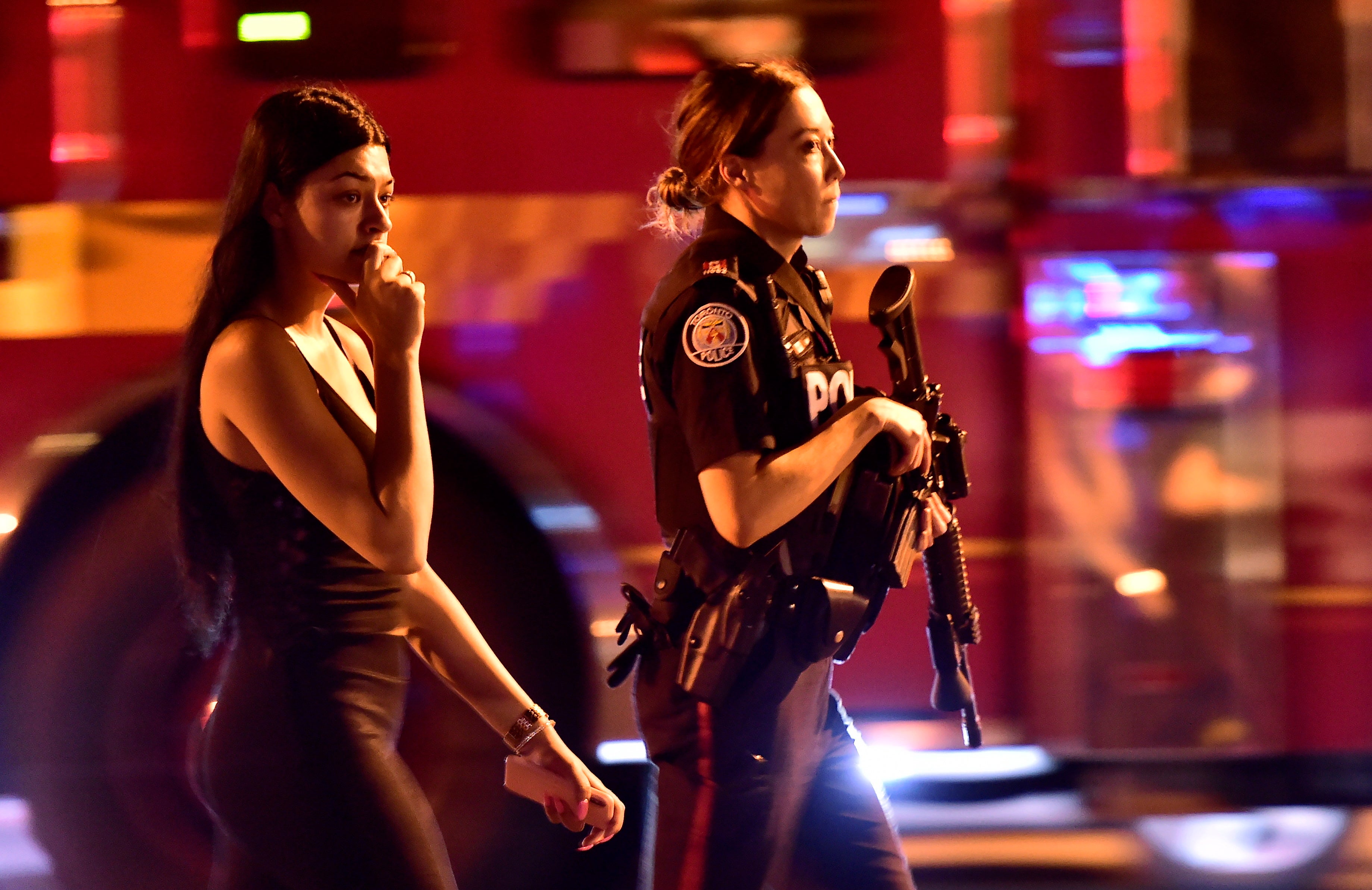 TORONTO (AP) — The Latest on a mass shooting in Toronto (all times local):

A spokeswoman for the province’s Special Investigations Unit, Monica Hudon, says three people are dead including the gunman in the Danforth Street attack. No further details were given on the second victim. Police confirmed one victim died Sunday night and a young girl was in critical condition.

The unit says police located the 29-year-old suspect about three blocks away from the scene and exchanged fire.  It said the man fled, then was found dead back on Danforth.

It was not immediately clear whether the man killed himself or died of injuries after being shot by police.

The Special Investigations Unit will determine how the man died and whether there was any police wrongdoing. The unit is automatically called in to investigate all deaths and serious injuries where police are involved.

Toronto police are seeking video and photos from people and businesses in the area where a gunman killed a woman and shot 13 other people in the Greektown neighborhood.

A video from one witness shows a man dressed in black firing three shots from the sidewalk into at least one shop or restaurant late Sunday. Witnesses said they heard 20 to 30 shots.

Police Chief Mark Saunders said terrorism had not been ruled out. Toronto police tweeted the shooting occurred in the Danforth and Logan avenues area of the Greektown neighborhood, a busy residential area with restaurants and cafes.

A woman was killed and a young girl was critically wounded. Saunders said the gunman died after exchanging gunfire with police.

Police say a gunman and one victim is dead after a man shot 14 people, including a young girl, in the Toronto neighborhood known as Greektown.

Toronto police chief Mark Saunders says a young woman was killed in the shooting Sunday night. He also says a young girl is in critical condition.

Police spokesman Mark Pugash says the condition of the other victims is not known yet. He says it’s too early to say whether the shooting is terrorism.

Following the shooting, police, paramedics and other first responders descended on the scene, while area residents, some in their pajamas, emerged from their homes to see what was happening.

Over the weekend, Toronto police deployed dozens of additional officers to deal with a recent spike in gun violence in the city.

Canadian police and emergency personnel services are responding to a shooting that reportedly involves multiple victims in the downtown Toronto neighborhood known as Greektown.

Police have yet to release any confirmed details of the late Sunday shooting. But local television station CP24 is showing images of multiple ambulances and other first responders at the scene, with several people being treated by paramedics.