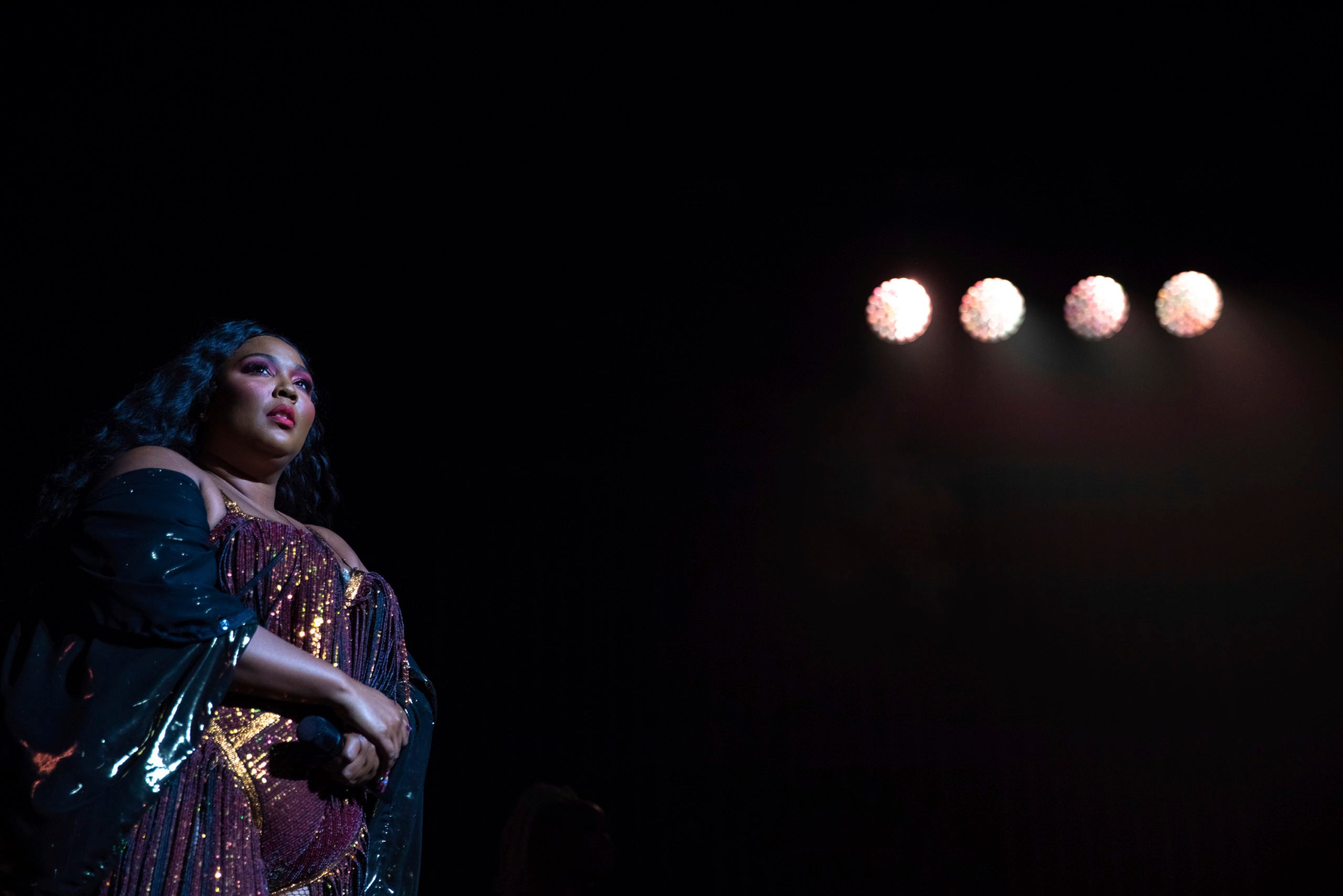 FILE - This Sept. 25, 2019 file photo shows singer/songwriter Lizzo on stage at The Anthem in Washington. There’s a debate about the truth behind Lizzo’s “Truth Hurts.” The songwriting brothers Justin and Jeremiah Raisen, who worked on Lizzo's other song “Healthy,” claim say they deserve writing credit on “Truth Hurts” since the song borrows a line from a tune they co-wrote. (Photo by Brent N. Clarke/Invision/AP, File)
by:
Posted: Oct 16, 2019 / 03:10 PM EST / Updated: Oct 16, 2019 / 03:11 PM EST

NEW YORK (AP) — There’s a debate about the truth behind Lizzo’s “Truth Hurts.”

Lizzo’s breakthrough tune, which spent six weeks on top of Billboard’s Hot 100 chart this year, features the signature line: “I just took a DNA test, turns out I’m 100 percent that bitch.” The lyric originated from a 2017 tweet by singer Mina Lioness and was turned into a popular meme, which was then used in Lizzo’s song “Healthy,” created in 2017.

The songwriting brothers Justin and Jeremiah Raisen, who worked on “Healthy,” claim they deserve writing credit on “Truth Hurts” since the song borrows from “Healthy,” a tune they co-wrote.

“We were never contacted about being credited for the use of the parts of “Healthy” (melody, lyrics, and chords) that appear in “Truth Hurts,” Justin Raisen wrote Tuesday on Instagram , explaining that they worked on “Healthy” in April 2017.

The songwriters credited on “Truth Hurts” are Lizzo, Ricky Reed, Tele and Jesse Saint John. “Truth Hurts” was originally released in September 2017 but got a boost this year after it was featured in the Netflix film “Someone Great,” released on April 19, the same day Lizzo dropped her album, “Cuz I Love You.”

?Truth Hurts” wasn’t originally featured on the 11-track “Cuz I Love You,” but her record label added it to the deluxe version of the album, released on May 3.

“After reaching out to Ricky Reed and Lizzo’s team about fixing it, we put the song in dispute in 2017 when it came out,” Justin Raisen continued on Instagram. “We’ve tried to sort this out quietly for the last two years, only asking for 5% each but were shutdown every time.”

But Lizzo’s lawyer said in a statement that “The Raisens are not writers of” Lizzo’s international hit.

“They did not collaborate with Lizzo or anyone else to create this song, and they did not help write any of the material that they now seek to profit from, which is why they expressly renounced any claim to the work, in writing, months ago,” Cynthia Arato said in a statement Wednesday.

“Although it has become all too commonplace for successful artists to be subjected to these type of opportunistic claims, it is nevertheless disappointing that after all of her hard work, Lizzo has to respond to this specious claim.”

The New York Times reported that the Raisens rescinded an earlier claim over “Truth Hurts” through their publisher, Kobalt.

Outside of the all-genre Hot 100 chart, “Truth Hurts” spent seven weeks at No. 1 on both the Hot R&B/Hip-Hop songs and Hot rap songs chart, respectively. It was submitted for the 2020 Grammys in categories like song and record of the year — where songwriters and producers also earn nominations; the Recording Academy will announce its nominees on Nov. 20.

“The last thing we want to do is throw any negativity toward Lizzo’s momentum and movement as a cultural figure. If we believe in what she’s preaching, believing in ourselves & our own voices is something we thought she’d understand,” Justin Raisen wrote.

Lizzo is currently selling T-shirts on her website that read “100% that bitch ” — the line created by Lioness (She didn’t immediately reply to an email from The Associated Press seeking comment).

“If Ricky and Lizzo’s team decide to settle this dispute with us, we would like to share some of the proceeds with Mina for her influence on Healthy,” Justin Raisen wrote.