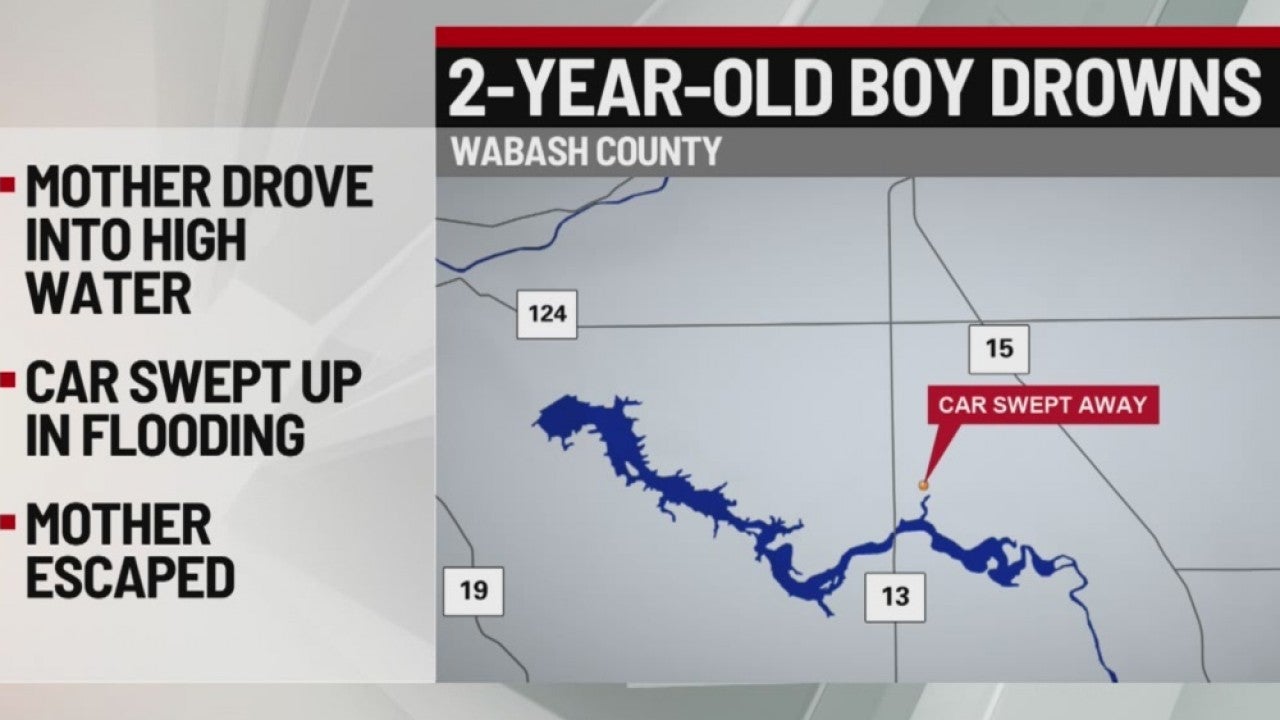 Eric Long died after the 2003 Chevrolet Impala he was in became submerged about 1:40 p.m. in about 8 feet of floodwaters, police said.

His mother, Anthonitte Carter, 22, was driving the car east on County Road 925 South east of State Road 19, which is near Mississinewa Lake. The area is about 55 miles north of Indianapolis. She passed a “high water” sign on the shoulder of the road and drove into the floodwaters, police said. The road has flooded after multiple days of rain in the area.

Conservation officers from the Indiana Department of Natural Resources and officers from the Wabash County Sheriff’s Department had to enter the floodwaters to rescue Carter. A news release from Indiana State Police said she was struggling and purportedly did not know how to swim.

A local towing company helped recover the car, and the toddler was found dead inside, police said.

Indiana State Police on Friday issued a correction of the boy’s name.