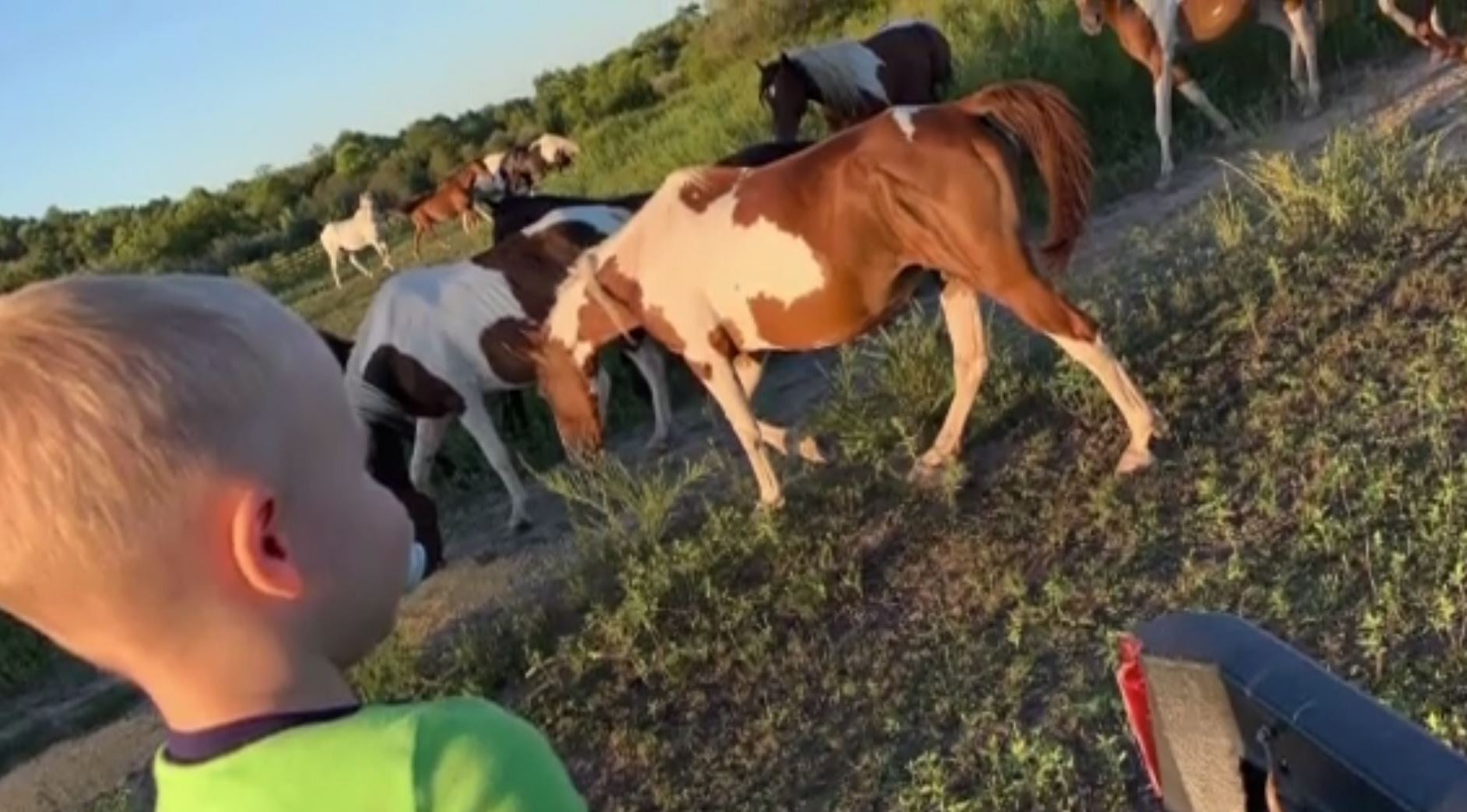 PRESTONBURG, Ky. (WISH) — Nearly two dozen wild horses have been shot dead, and authorities are trying to figure out why.

Megan Goble of Bones and Bows Dog Salon said “most everybody wants answers” after workers with the nonprofit Dumas Rescue and other local entities recently discovered six dead horses on a strip mine in Floyd County. They are among 20 horses found shot dead.

Investigators say the horses were wild but were constantly interacting with people who came to the mountain to feed and admire them.

Police detective Kevin Shepherd said, “It’s sad that them just being friendly with people and seeing people all the time probably was a reason that they were shot.”

Authorities are trying to get the remaining wild horses to safety, which is described as difficult because of their accessibility and a reluctance to trust people after the death of others in the herd.

Goble said, “Somebody knew that they were there, knew where they stayed and knew how to navigate the area.”

Shepherd said, “In the end, it’s going to come down to the community, you know, calling in these tips. If they don’t call, we’re not moving forward.”