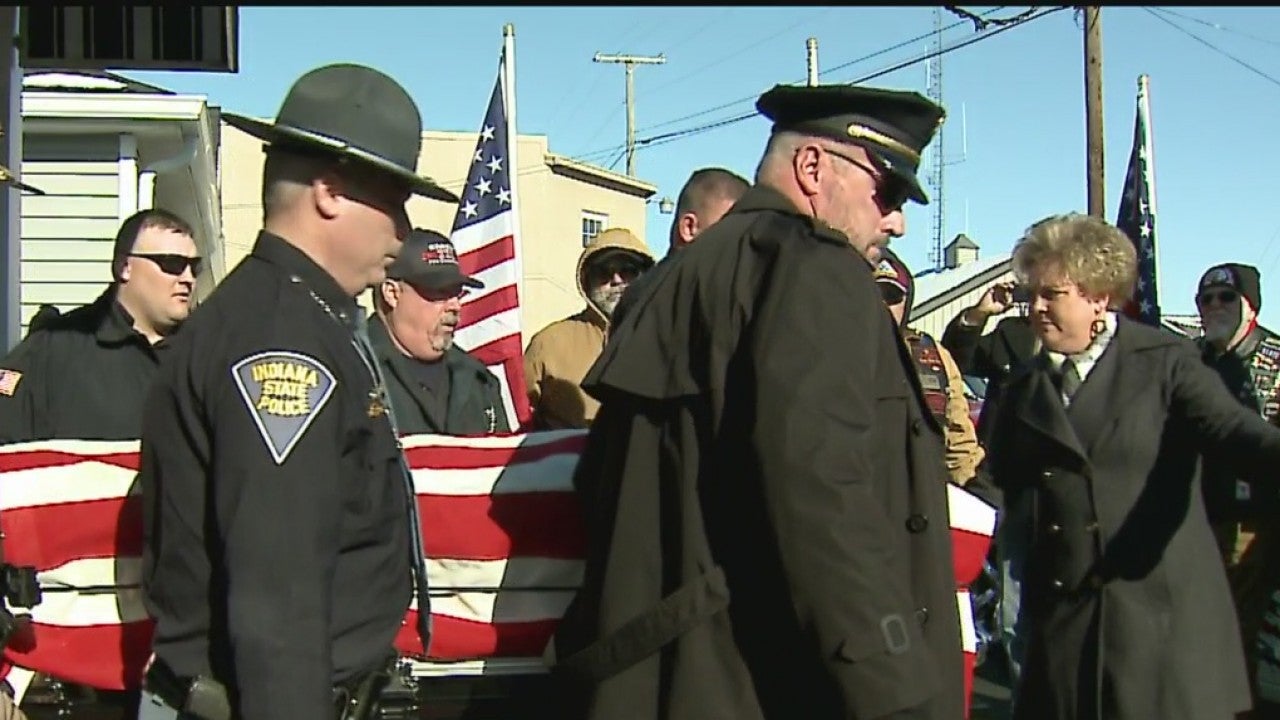 ELWOOD, Ind. (WISH) — More than 200 people showed up to the funeral of a Korean War veteran Thursday. Most of them didn’t even know the man, but they came to honor his life after the funeral home couldn’t find any of his living relatives.

One by one, people filed in the Copher-Fesler-May funeral home in Elwood.

“To pay respects to this hero,” said Brad Cox of Richmond.

They said goodbye to a man many of them didn’t even know.

“We just came to honor him,” said Tisha Cole, of Elwood.

According to Copher-Fesler-May funeral home, more than 200 people came to the funeral for 89-year-old veteran, George Green, on Thursday.

“He’s a living example of longevity of life from a reasonable service,” said a pastor while giving a eulogy.

“When anybody passes, and they have nobody, everyone should have somebody,” added Elwood resident Jane Miller.

Green was born in 1930 and raised in Elwood. He died December 5.

“I would’ve been here even if it had been nobody else here,” said Dorcas Floyd, who is a friend of Green’s.

Floyd knew Green well, adding that he was “just a nice person.”

According to the funeral home, Green served in the United States Army during the Korean War.

Green got hurt in combat and actually wound up meeting actress Piper Laurie at a Korean hospital and sang with her.

“He was a fabulous singer,” Floyd said with a warm smile. “Baritone singer.”

By the end of his military service, Green was awarded four Bronze Star medals and two service medals.

“A hero like that should never go out alone,” said Cox.

According to the funeral home, Green ran a venetian blinds repair shop out of his house for many years.

“I went to his house one time and he fixed my blinds for me,” said Jack Chriss, an acquaintance of Green’s.

Green’s parents and brother previously passed away. He never married and had no children. He does have six nieces and nephews, but the funeral home can’t find them.

So, the small town of Elwood wrapped its arms around a man who served his country.

Green was laid to rest at Marion National Cemetery with full military honors.