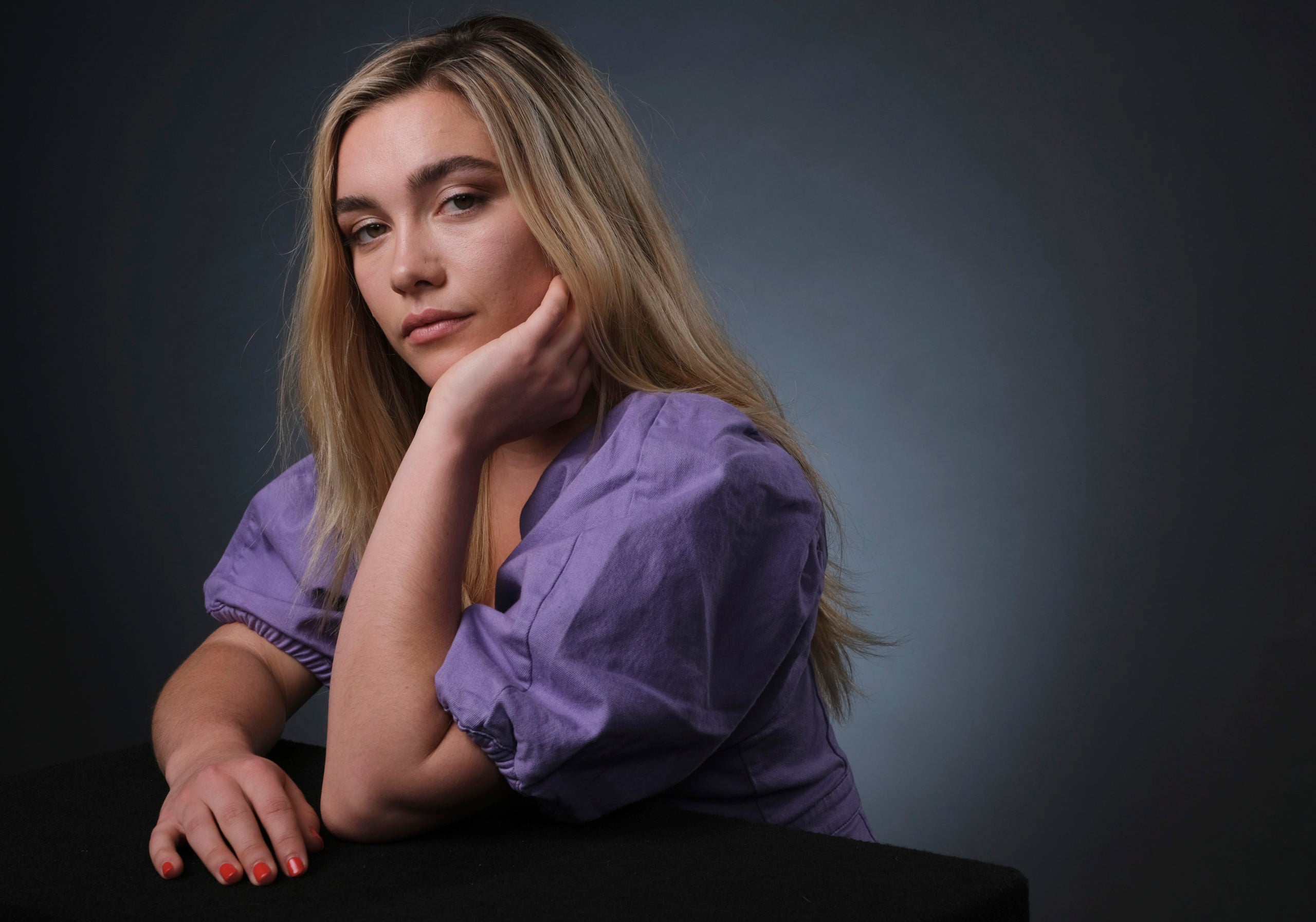 LOS ANGELES (AP) — By the end of 2019 on big screens across the globe, actress Florence Pugh will have body-slammed a famous wrestler in “Fighting with My Family,” screamed her lungs out after getting caught up in a violent Swedish cult in “Midsommar,” and tromped around New England in a Victorian hoop skirt with the three other March sisters in “Little Women.”

Each performance has garnered more critical acclaim than the last, and cemented the 23-year-old Pugh as an actress on the rise.

“It’s so weird,” Pugh recently told The Associated Press, which named her one of its Breakthrough Entertainers of 2019. “It’s a weird feeling that everyone’s talking about everything, but it’s a wonderful feeling.”

Despite having three major films come out in a 10-month period in 2019, Pugh insists not that much is different in her life. She’s able to fly under the radar, something she credits, laughingly, to “so many hair colors.”

“No one knows who I am,” she said. “I don’t really get recognized at all. I’ve actually had conversations with people where they’ve been speaking about a film that I was in. And I’m like, ‘Oh, really? You thought that? Great.’”

She does catch herself doing double-takes when she’s working opposite top actors, like Meryl Streep in “Little Women.”

“Meryl was just as powerful as you can imagine she was … and sharing a carriage with her wearing the fanciest Amy March clothing was a definite pinch-me moment,” Pugh said.

Another pinch-me moment came when Pugh was playing a wrestler in “Fighting with My Family” and was about to film a big fight scene in front of a crowd of 20,000 people at the Staples Center in downtown Los Angeles.

“And Dwayne Johnson came out to go through the warm-up with me,” she said. “And I remember being in the ring and him basically telling me that to throw a punch, you really need to reel back. And I remember just staring at him and then staring at all the seats around me, and I remember it going quiet and just kind of internally smiling and realizing that Dwayne ‘The Rock’ Johnson was teaching me how to throw a punch whilst I was waiting for 20,000 people to come in and watch me wrestle for the first time.

A more sobering moment with one of her heroes came when she was filming 2018’s “King Lear” alongside Emma Thompson and Emily Watson during the #MeToo movement.

“I remember one day I came into work and everybody was talking about it, and I remember (Thompson) gave me a book and she said, ‘We’re going to talk about this,’” Pugh said. “And I basically had Emily Watson and Emma Thompson talking to me about why the industry works and why it doesn’t. And I just remember thinking that was a very special moment for someone who was 21 and was going to be continuing this conversation for the rest of my life.”

Pugh’s next big film will be Marvel’s stand-alone “Black Widow” movie with Scarlett Johansson, set for release in May. When the trailer dropped on Dec. 3, it was Pugh’s name trending on Twitter, with comments like, “Literally who is doing it like Florence Pugh?” and “I don’t know a better actress of this generation.”

“I’ve always said I wanted to do a Western. Like, I really, really, really want to be a gritty, greasy toothed, kind of hairy woman with a wax linen skirt that crunches when she gets on the horse,” Pugh said. “And I would love to play a drug lord as well, yeah. So there you go everyone. A Western and a drug lord. Sort it out.”