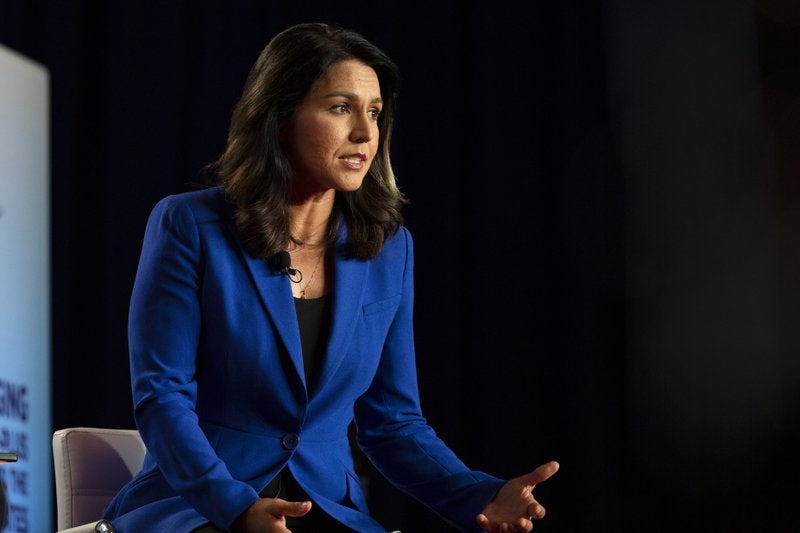 LOS ANGELES (AP) — Democratic presidential candidate Tulsi Gabbard is suing Google for $50 million, accusing the internet company of suspending her advertising account in the hours after last month’s debate because it was trying to silence her.

Tulsi Now Inc., a campaign committee for the candidate, says in the lawsuit filed Thursday in California that Google violated the Hawaii congresswoman’s right to free speech. The lawsuit says Google didn’t provide “a straight answer” for suspending her ads account.

Google spokesperson Riva Sciuto says in a statement that its automated systems that flag unusual activity triggered a suspension and that Gabbard’s account was quickly reinstated. Scuito denied that Google has a political bias.

Gabbard says Google’s actions “should be of concern to all political candidates and in fact all Americans.”