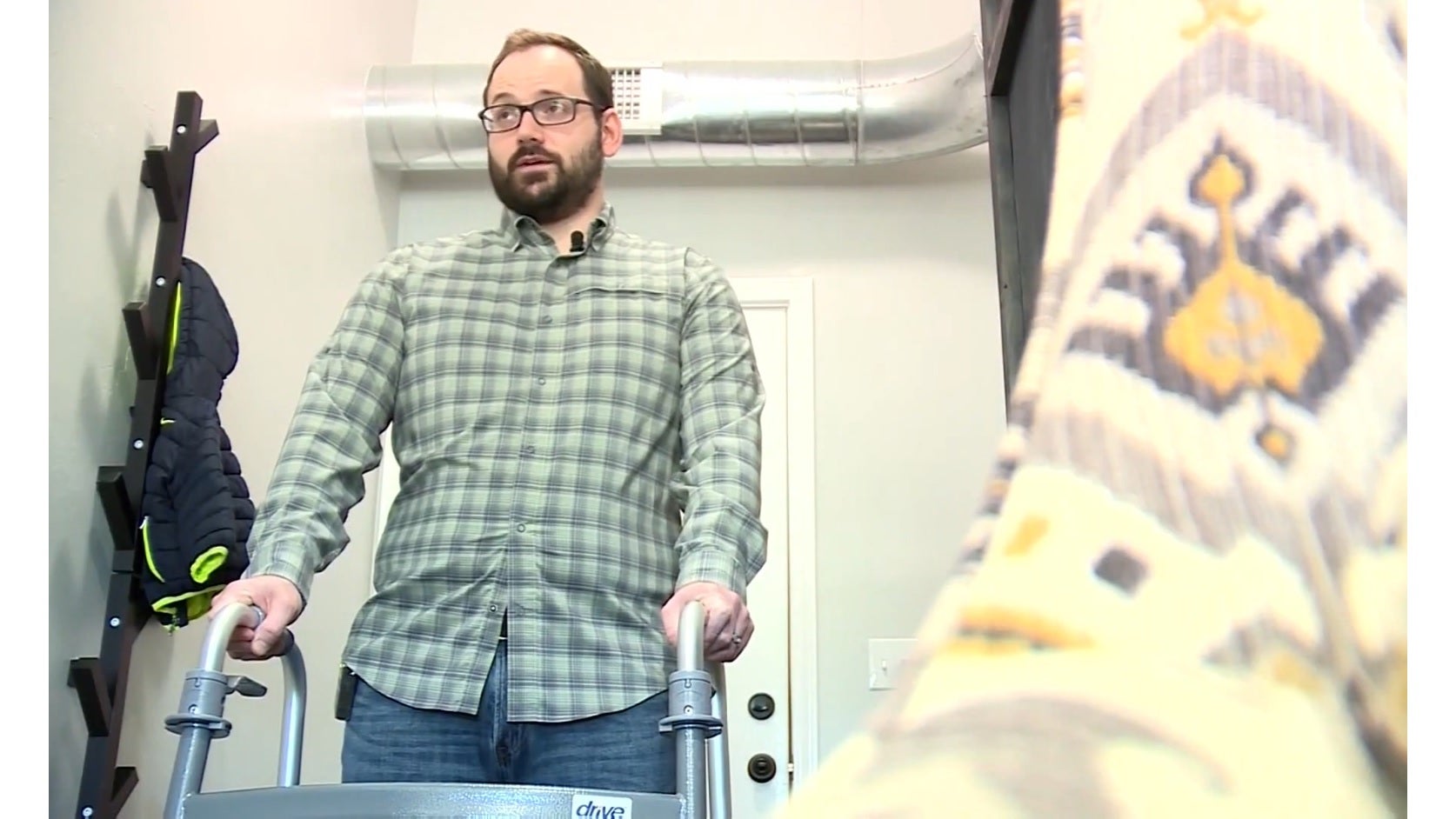 (CNN) – A 28-year-old father of two is recovering in Oklahoma after suffering a stroke caused by popping his neck.

“The moment I heard the pop, everything on my left side started to go numb,” Josh Hader told KOCO. “I got up and tried to get an ice pack from the fridge, and I remember I couldn’t walk straight.”

Hader’s father-in-law rushed him to the emergency room.

“I had about six or seven nurses and doctors surrounding me,” Hader said.

Hader tore his vertebral artery, a crucial vessel leading to the brain.

“He could have formed more clot on that tear and had a life-ending stroke. He could have died,” said Dr. Vance McCollom, at Mercy Hospital.

“If you have a stroke in that area, you can end up with a patient (who’s) locked in,” McCollom added. “They completely understand what’s going on, but they can’t communicate. They can’t move anything. They can’t speak. They can’t breathe.”

Although Hader’s stroke wasn’t significant, it did cause a lot of damage. He had to wear an eyepatch and use a walker for several days.

“For the first few days, I couldn’t walk without a walker,” Hader said. “It is difficult to walk with my left leg.”

Hader said he also had painful hiccups that nearly caused a panic attack. But the most difficult part has been not being able to help his wife with their two young children.

“I can’t pick him up out of the crib, give him milk in the middle of the night. I can’t do any of that,” Hader said.

“If you want to pop your neck, just kind of pop it side-to-side. Don’t twist it,” McCollom said. “Whenever you twist it, there’s a risk of tearing that vessel. Say my hand is his head, I suspect he just turned it real sharp and up, sharp and up and back. That’s what really pinched it.”