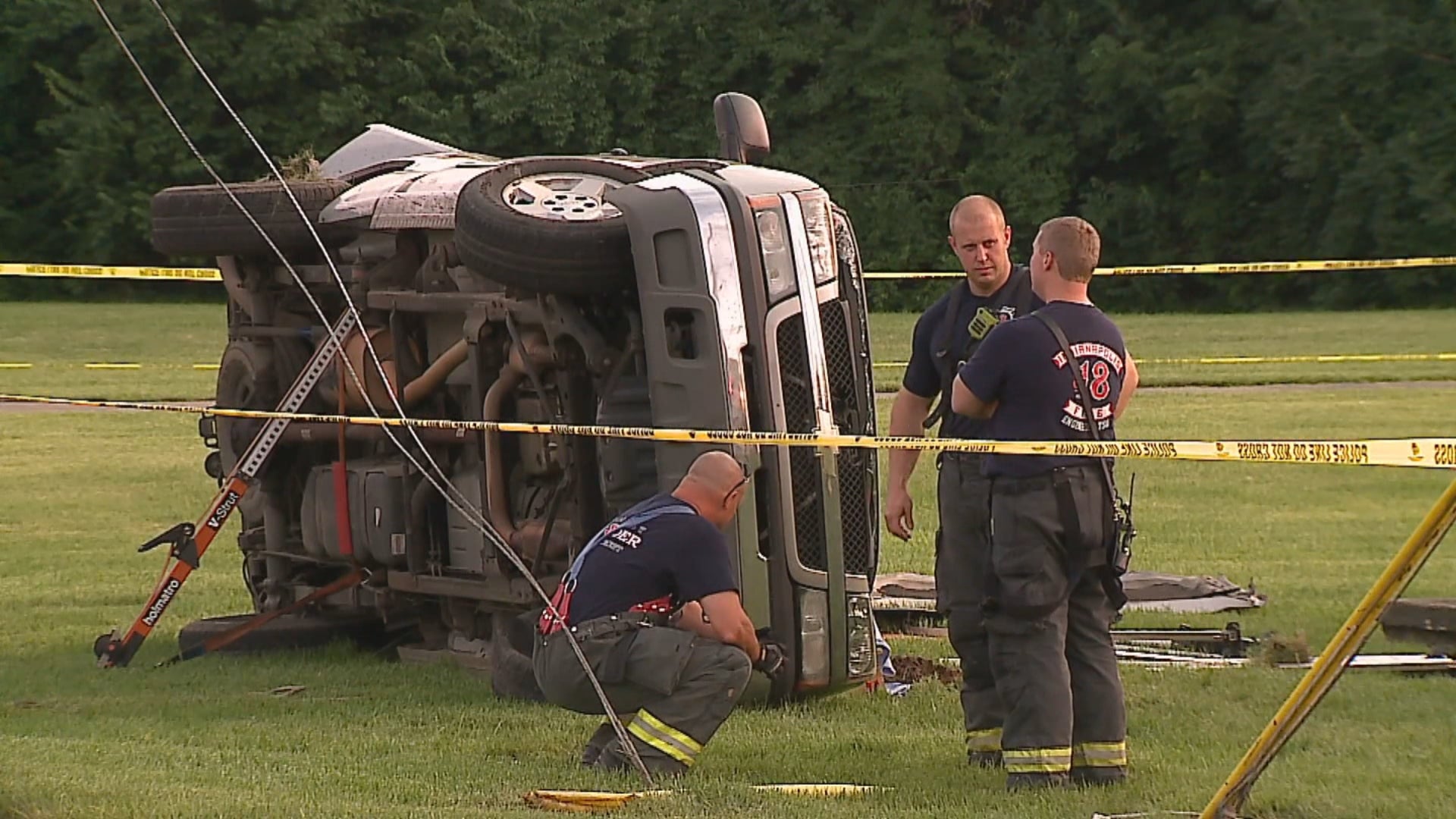 Eric Roberts was identified Friday by the Marion County Coroner’s Office as the victim of the crash reported around 6:40 p.m. Wednesday at the intersection of West Michigan Street and Grande Avenue.

Roberts and two other people were in the stolen, silver Chevrolet Silverado when it crashed, according to police. The truck was reported stolen Tuesday.

An officer had attempted to initiate a traffic stop on the truck around 6:30 p.m. Wednesday near North Warman Avenue and West Ohio Street for an undisclosed traffic infraction. The truck failed to pull over, officials said, and fled from the officer.

The officer pursued the truck but turned his or her flashing lights off after noticing the truck’s “erratic” driving, according to Maj. Harold S. Turner, an Indianapolis police spokesperson.

“Less than two minutes into the pursuit, the officer shut down his emergency equipment but continued west, as that was the last known direction of the Chevy Silverado,” Turner said. “As the officer was traveling west, looking for the vehicle — driving normally at this time — he unfortunately noticed the scene … where the driver lost control of the vehicle and crashed, inverting the vehicle.”

Authorities were unable to immediately determine what caused the truck to lose control and roll before coming to rest on its side.

Detectives on scene could not confirm if Roberts had been the driver or a passenger. The two other people in the truck — a man and a woman — were stabilized at local hospitals, police said Wednesday. One occupant attempted to flee the crash scene but was apprehended by police.

IMPD Patrolman Michael Hewitt, a public affairs spokesman, said Friday his division has been given no additional information about the surviving occupants and whether they face criminal charges.

Asked if an internal investigation of the chase was underway, Hewitt said by email on Friday, “We have our normal investigative process that involves an initial Blue Team reviewed by each level of supervision and eventual review by Accident Review Board. And that process happens with every pursuit that results in damage or injury. “