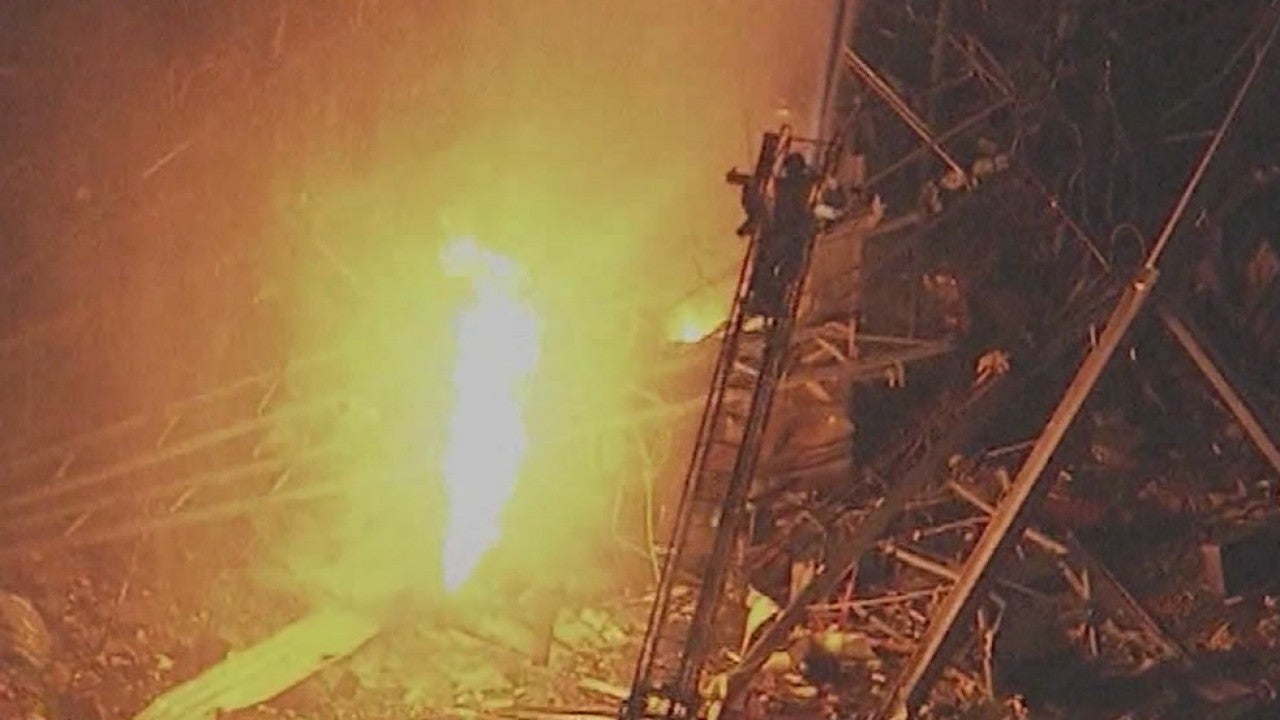 WAUKEGAN, Ill. (AP) — An explosion and fire at an Illinois silicone factory claimed a second victim Saturday when an employee taken to a hospital after the blast died, a local coroner confirmed, and the official death toll is expected to rise to four as authorities suspended the search for two other bodies believed to be in the rubble.

Crews suspended their search due to concerns about the stability of the structure, and Waukegan Fire Marshal Steven Lenzi said they would not resume searching until what remains of the plant is torn down.

The four believed dead were among nine employees who were inside AB Specialty Silicones in Waukegan, about 50 miles (80 kilometers) north of Chicago, when the explosion occurred around 9:30 p.m. Friday, Lenzi said. Four were taken to hospitals and two declined treatment. The death on Saturday was one of the four taken to hospital. Authorities have not identified the employees.

“The conditions are really rough in there,” Lenzi said. “There’s a lot of damage. There was a lot of fire throughout.”

The blast was heard miles away and the force shredded the plant, leaving little more than the skeleton of the building standing.

The Chicago Tribune quoted Lake County Coroner Howard Cooper as saying that the death Saturday was at Loyola Medical Center in Maywood, Illinois.

The plant typically operates 24 hours a day, mixing chemicals and other materials to make silicone, he said.

The cause of the explosion has not been determined, Lenzi said. The state fire marshal is investigating, along with the Occupational Safety and Health Administration.

It could be days before crews are able to resume their search because heavy piping and other materials that were inside the 30,000-square-foot (2,787-sq. meter) structure pose a danger to firefighters and investigators, Lenzi said.

Residents in the area said they heard the explosion and felt their homes shake. Five buildings nearby were damaged, with glass on windows and doors shattering, Lenzi said.

“The explosion was a big boom and the ground shook,” Nancy Carreno, who lives near the plant, told the Lake County News-Sun. “Our cable TV flickered and the electricity, and then it came back on.”

Lenzi says more than 100 firefighters from at least 30 departments responded to the scene.

Mac Penman, general manager of AB Specialty Silicones, said in a statement that company officials were “shocked and heartbroken by the tragedy…”

“We have spent the day trying our best to support all of the members of our AB family as wed attempt to process this terrible loss together,” he said.

The company said it makes specialty silicone chemical raw materials for products such as adhesives, sealants and coatings. AB Specialty Silicones said in a press release earlier this year that it expanded its corporate campus in Waukegan to four buildings with more than 240,000 square feet (22,297 square meters) housing headquarters, manufacturing, research and development and warehouses.