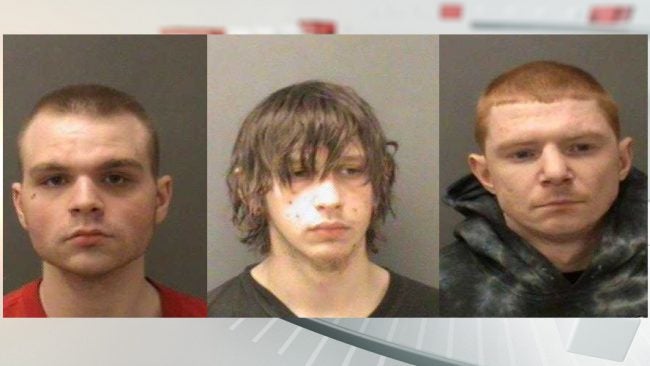 Jordan Boling, 21, William Anderson, 21, and 25-year-old Jessie Fulton, all of New Castle, were arrested on Sunday for the shooting death of 49-year-old Steven Dunn.

Neighbors said Dunn was a good guy who struggled with drugs and was trying to turn his life around. He appeared on WISH-TV in August of 2016 for an interview about conditions in the Henry County Jail.