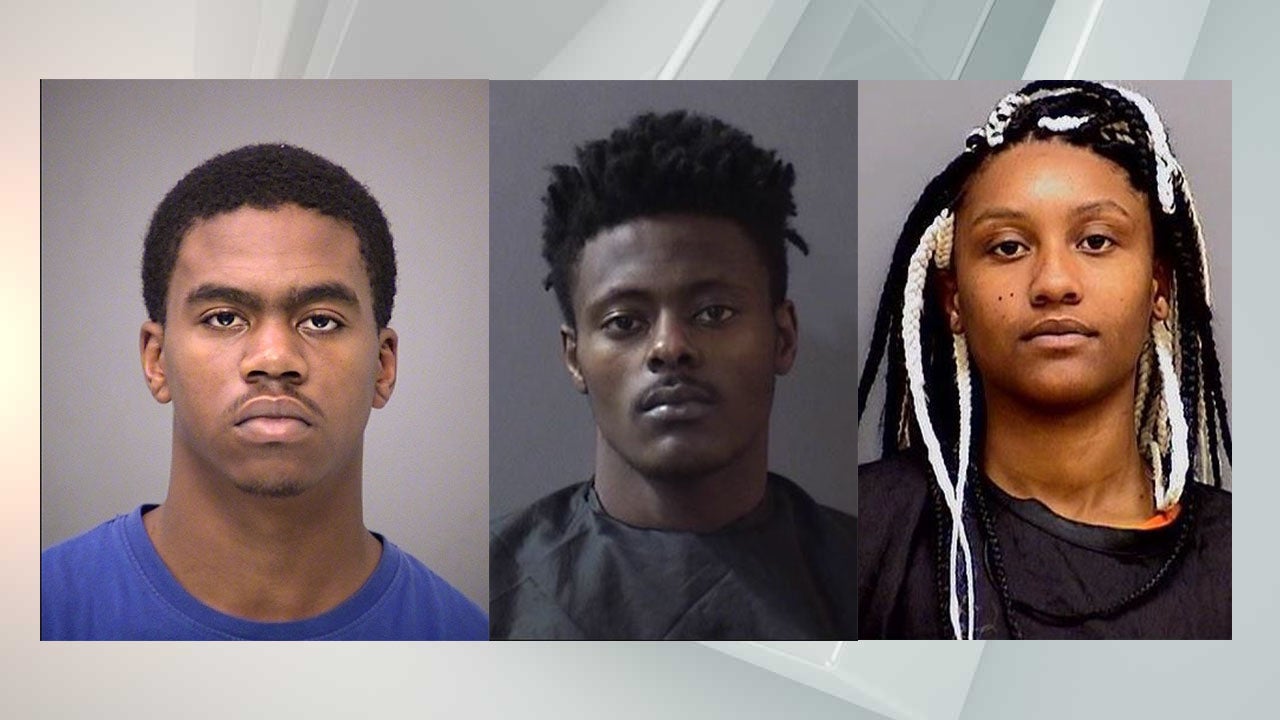 INDIANAPOLIS (WISH) — Three people have been arrested in connection to more than a dozen crimes that took place during a one-week span in October, according to the Marion County Prosecutor’s Office.

“There were a lot of innocent people’s lives who were terrorized,” said Marion County Prosecutor, Ryan Mears.

Officials have charged Richard Garrett, Delance Hatcher and Rashaana Farrow for their alleged roles in 13 incidents, including nonfatal shootings, armed robbery and the murder of Devon Gillespie, of Indianapolis.

Additionally, Garrett has been charged with fatally striking Anthony Mack with his vehicle in the 3500 block of Tacoma Avenue on Oct. 17.

The three have been charged with the following crimes:

Delance Hatcher: 15 counts, including murder, conspiracy to commit murder, five counts of criminal recklessness, pointing a firearm, three counts of battery, armed robbery and three counts of carrying a handgun without a license.

Rashaana Farrow: 15 counts, including murder, conspiracy to commit murder, four counts of criminal recklessness, five counts of battery and four counts of carrying a handgun without a license.

Mears said the crimes were all linked together by two things.

“The 9mm shell casings and the 45 caliber shell casings left at the scene. When you begin to compare those shell casings with one another, it became quite clear that you were dealing with the same two guns,” said Mears.

Officials say Hatcher was arrested on October 18. Garrett and Farrow were arrested in November for their alleged involvement in the unrelated death of Fishers Police Department K-9 Harlej.

“For us, that was a significant break because then we were able to identify, and have the firearm that was involved in a number of these shootings. Now we’re in a position where we’re able to build that case and build the case involving the shootings as well as the homicide,” said Mears.

Mears hopes the charges will not only send a message of safety to the community, but also to criminals that eventually they will get caught.

“I hope that it sends the message that this is something we are going to continue to work on, and that we’re doing a better job of figuring out who the actual people are that are doing the shooting. I think we can say Marion County is safer today than it was even yesterday,” said Mears.