3 die in collision between car, truck in northern Indiana 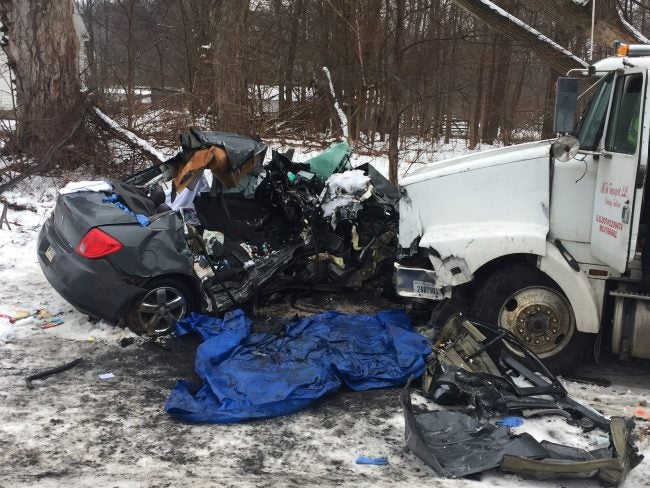 ROLLING PRAIRIE, Ind. (AP) – Northern Indiana police say three people have died in a collision between a passenger car and a semitrailer.

The La Porte County Sheriff’s Office says the car’s three occupants were killed in Friday morning’s crash along U.S. 20 just west of the town of Rolling Prairie. The truck driver was not injured in the 7 a.m. CT crash about 15 miles west of South Bend.

Sheriff John Boyd says he was driving on the same stretch of road about 10 minutes before the crash and noticed it had slush and ice.

The Indiana Department of Transportation says the semitrailer involved in the crash was hauling steel coils.