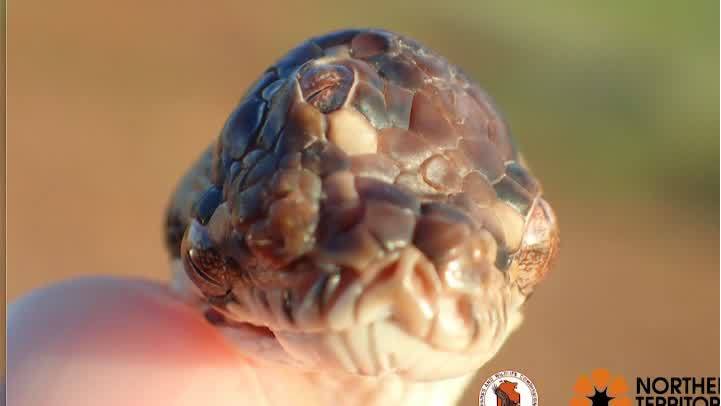 (WISH) — A rare, three-eyed snake was spotted on an Australia highway earlier this week.

Rangers with Northern Territory Parks and Wildlife found the snake on the Arnhem Highway near the small town of Humpty Doo.

The commission said it was initially thought the snake may have had two separate heads at one point that were forged together. X-rays revealed the snake in fact had one skull with an additional eye socket, giving the snake three functioning eyes.

“It is extremely unlikely that this is from environmental factors and is almost certainly a natural occurrence as malformed reptiles are relatively common,” said the department online.

Needless to say, sneaking up on this snake would be difficult for any animal to do.

CNN Newsource contributed to this report