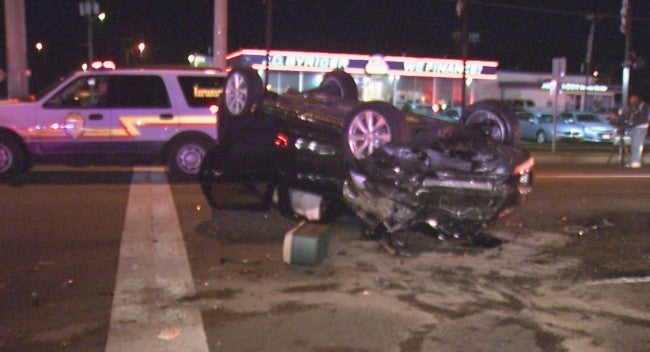 INDIANAPOLIS (WISH) – Three people were taken to the hospital early Wednesday morning after a crash that left a car on its top.

Police say it happened around midnight on East 16th Street and Shadeland Avenue.

According to police, two cars were sitting at a red light when a third car hit them from behind.

It’s unclear how badly the individuals in the crash were hurt.