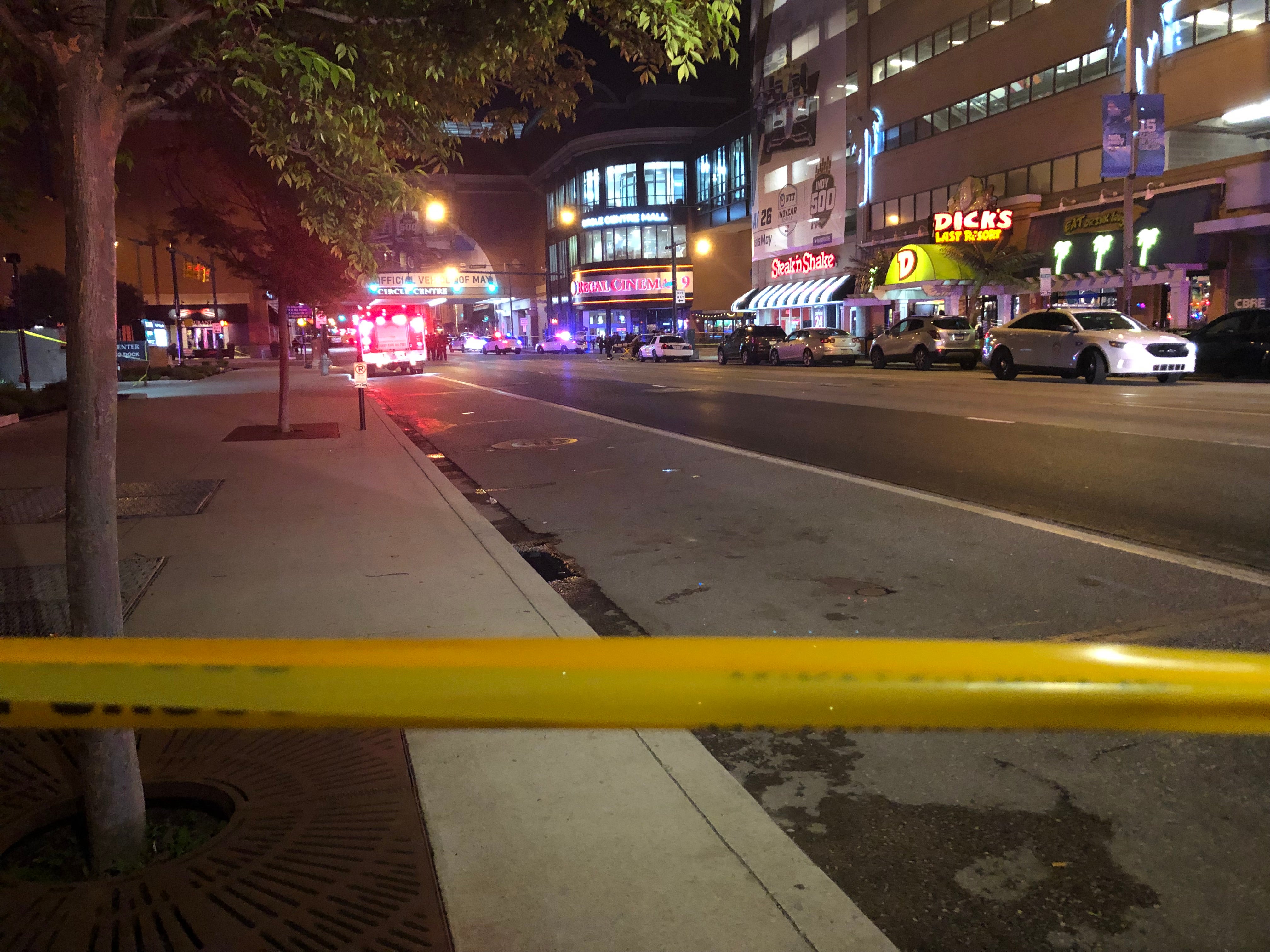 INDIANAPOLIS (WISH) — Three teens and one man were injured in a shooting downtown Saturday night, according to police.

Officers with the Indianapolis Metropolitan Police Department were responding to the area near Maryland Street and Capitol Avenue around 11:30 p.m.

Around 11:30 p.m., 20-30 teens were walking along Maryland Street between Illinois Street and Capitol Avenue when some sort of fight broke out, and someone started shooting, according to Officer Genae Cook at the scene.

Police patrolling the area saw what was happening and responded with additional crews.

Two male teens and one female teen were shot and taken to area hospitals. One adult, a man, was also shot and hospitalized. All four were stable, according to Cook.

No information about possible suspects was provided on Sunday morning.