33 pounds of marijuana found in I-74 traffic stop 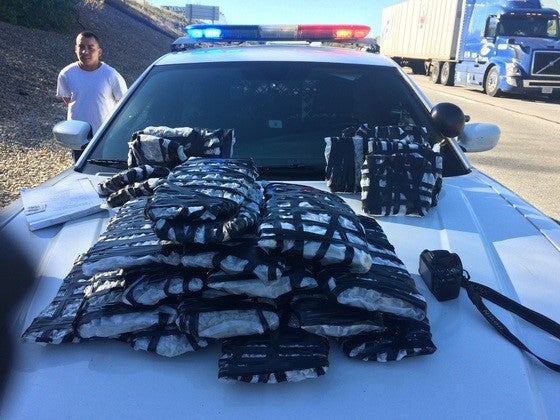 The traffic stop occurred about 3:20 p.m. Wednesday on eastbound Interstate 74 eastbound near the 165-mile marker

“The investigation began when Trooper Randel Miller conducted a traffic stop on a 2004 Ford Excursion for a traffic violation,” a news release from state police said.

Police dog Jinx alerted the trooper to the odor of drugs coming from the sport utility vehicle, the release said. A subsequent search found the bundles.

“The packages were hidden in various locations inside the vehicle,” the release said. “In total, the packages weighed approximately 33 pounds with an estimated street value of $150,000. Troopers determined that the marijuana had originated in Colorado and was being taken to an unknown location in Ohio.”