36 dead and more than 1,000 hospitalized in Turkey earthquake 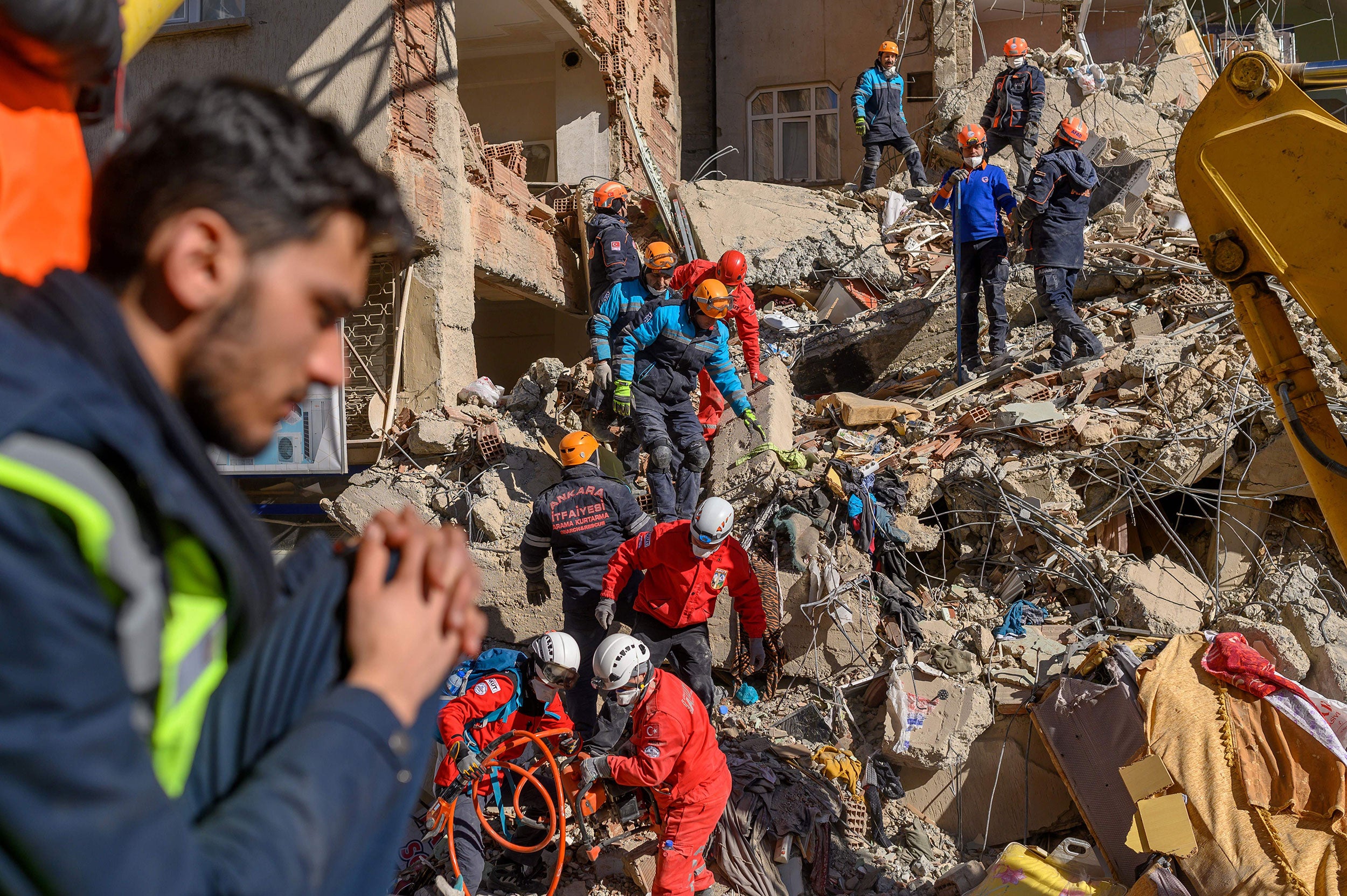 TOPSHOT - Rescue workers work amid the rubble of a building after an earthquake in Elazig, eastern Turkey, on January 25, 2020. - Rescue workers raced against time on January 25 to find survivors under the rubble after a powerful earthquake claimed 22 lives and left more than 1,200 injured in eastern Turkey. The magnitude 6.8 quake struck in the evening of January 24, with its epicentre in the small lakeside town of Sivrice in Elazig province, and was felt across neighbouring countries. (Photo by BULENT KILIC / AFP) (Photo by BULENT KILIC/AFP via Getty Images)
by: Isil Sariyuce, Hamdi Alkhshali and Amir Vera, CNN
Posted: Jan 26, 2020 / 12:10 PM EST / Updated: Jan 26, 2020 / 12:10 PM EST

(CNN) — At least 36 people died and more than 1,607 have been hospitalized in eastern Turkey after an earthquake rattled the region on Friday evening, according to state broadcaster TRT Haber.

About 1,607 people were hospitalized, the Turkey’s Disaster and Emergency Management President (AFAD) said on Sunday.

At least 45 people have been rescued from collapsed buildings, Turkey’s Disaster and Emergency Management Presidency (AFAD) said, adding that 1,521 buildings have been inspected, with 76 found to be collapsed and 645 heavily damaged.

Most of the injured were in Elazig province, the epicenter of the quake, according to an AFAD statement.

The earthquake caused five buildings to collapse in Elazig and heavy damage to a number of buildings in the area, Minister of Environment and Urbanization Murat Kurum told reporters.

Fifteen aftershocks have been felt in the wake, with the strongest registering at 5.4 magnitude, Soylu said. The quake struck at a relatively shallow depth of 10 km (6 miles), according to the US Geological Survey (USGS), which enhances the shaking felt at the surface.

About 500,000 people felt strong to very strong shaking, the USGS reported. The earthquake was felt in several other countries, including Iraq, Syria and Lebanon.

The quake interrupted a live broadcast of Edessa TV. Video of the broadcast shows four anchors talking while everything shakes around them.

All relevant departments were taking measures to ensure the safety of citizens following the earthquake, President Recep Tayyip Erdoğan said early Saturday. Interior, health and environment ministers were sent to the quake-hit area.