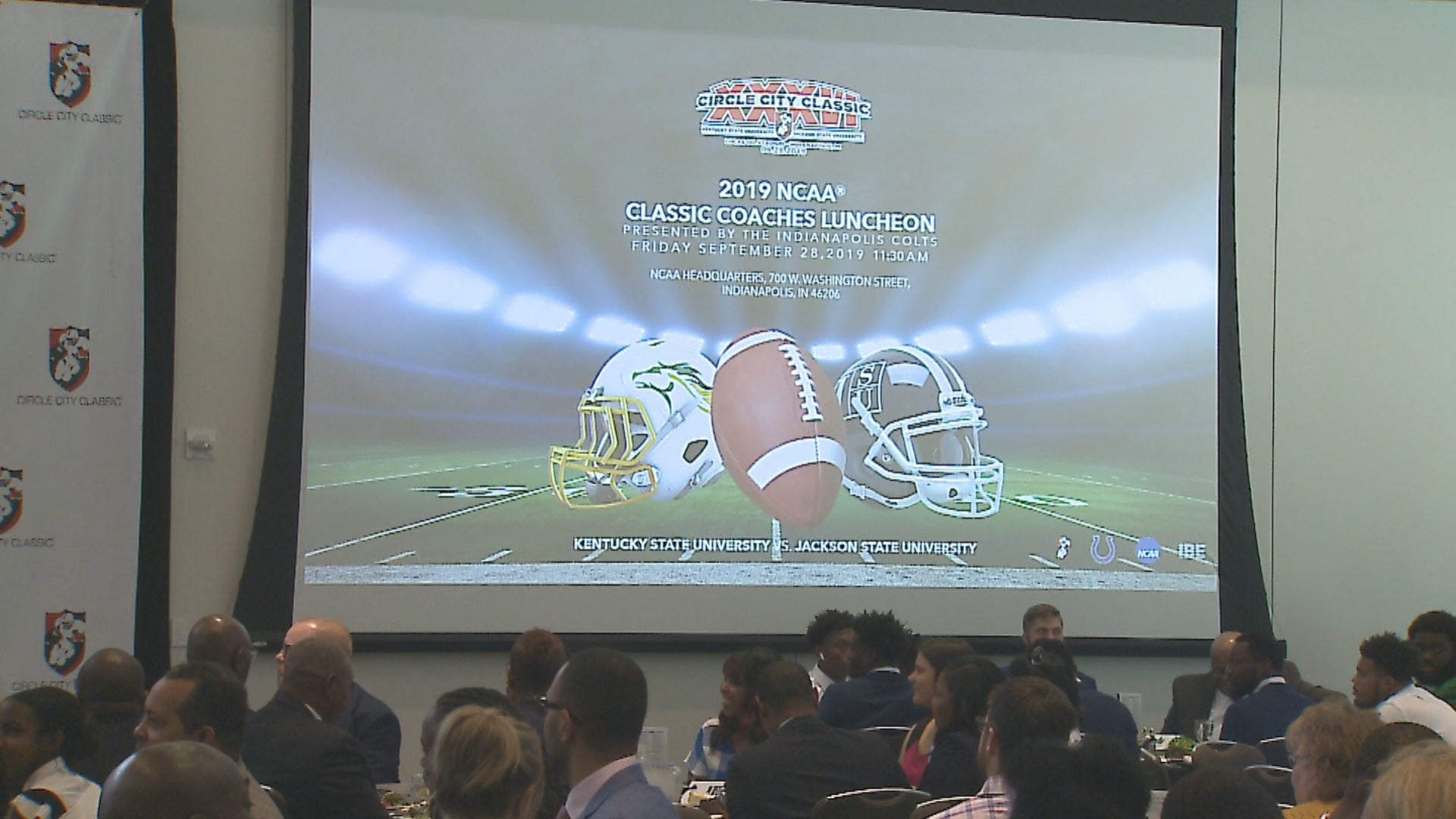 INDIANAPOLIS (WISH) — For historically black colleges and universities, the classic matchup between two of their football teams in Indianapolis is way more than just a game.

The Circle City Classic has brought its game and events to Indianapolis for the 36th time. The Classic is one of the biggest events put on by Indiana Black Expo.

Black Expo President and CEO Tanya Bell talked about the feeling she gets from the atmosphere when the Classic comes in town.

Bell said the Circle City Classic gives the Indianapolis community more to look forward to than just a weekend of fun.

“It’s our opportunity to showcase to parents and the community another option for our kids from a post-secondary education,” Bell said.

Bell said Black Expo uses a big portion of the proceeds from the weekend for kids from Indianapolis schools. “We’ve given out $4.6 million in scholarships through Circle City Classic.”

Friday’s events kicked off with the coaches’ luncheon welcoming the players from the Jackson State Tigers and the Kentucky State Thoroughbreds. Later, fans gathered for a pep rally on Monument Circle.

On Saturday morning, about 90,000 people were expected for the 10:30 a.m. parade and the 3 p.m. gridiron face off between the Tigers and the Thoroughbreds. Halftime of the game at Lucas Oil Stadium will feature the battle of the bands.