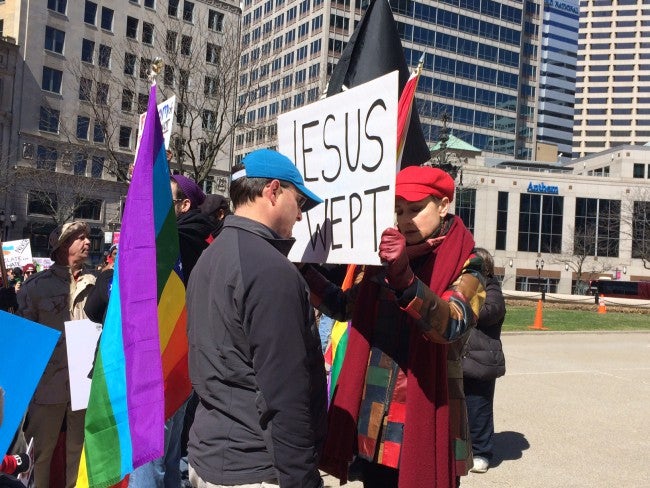 INDIANAPOLIS (WISH) — Leaders of the Tech Industry are joining others who have voiced their concerns with the Religious Freedom Restoration Act.

A long list of of those leaders released a joint statement saying values of diversity, fairness and equality are the center pieces in this industry.

“These values fuel creativity and inspiration, and those in turn make the U.S. technology sector the most admired in the world today. We believe it is critically important to speak out about proposed bills and existing laws that would put the rights of minorities at risk. The transparent and open economy of the future depends on it, and the values of this great nation are at stake.”

The continued backlash about Governor Mike Pence signing the bill into law continues to be a topic of conversation in the U.S. As many businesses voice concern for possible lost business and a misrepresentation of the state of Indiana. Pence has said he will fix the law, but it hasn’t stopped the criticism as many fear the bill gives people the right to discriminate.

The joint statement goes on to say:

Religious freedom, inclusion, and diversity can co-exist and everyone including LGBT people and people of faith should be protected under their states’ civil rights laws. No person should have to fear losing their job or be denied service or housing because of who they are or whom they love.

However, right now those values are being called into question in states across the country. In more than twenty states, legislatures are considering legislation that could empower individuals or businesses to discriminate against LGBT people by denying them service if it they felt it violated their religious beliefs.

To ensure no one faces discrimination and ensure everyone preserves their right to live out their faith, we call on all legislatures to add sexual orientation and gender identity as protected classes to their civil rights laws and to explicitly forbid discrimination or denial of services to anyone.

They ended the letter saying anything less is bad for business.

A full list of those who signed the bill can be found below: