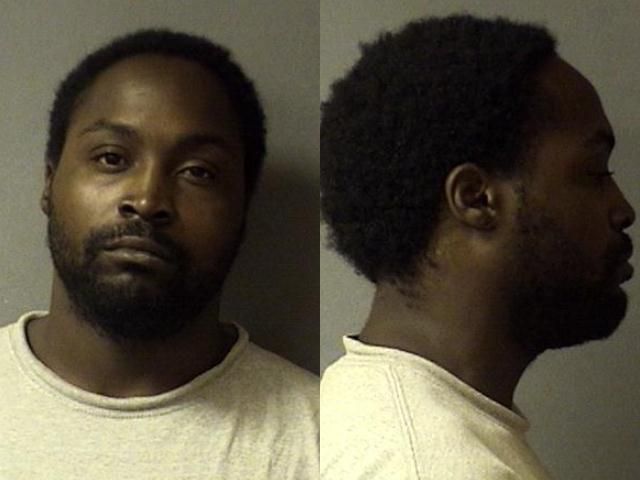 ANDERSON, Ind. (WISH) — A third person has been arrested following the robbery of an Anderson gun shop.

On Thursday, a 15-year-old male turned himself in to Anderson police.

“The juvenile entered the Anderson Police Department accompanied by his attorney and numerous family members,” a media release from APD stated.

He faces preliminary charges of burglary and carrying a handgun without a license.

Javier Armstrong, 18, of Anderson, and an additional juvenile have already been arrested in connection with the case.

Police are still searching for 29-year-old Deandre Fairman, of Anderson, who is suspected of orchestrating the robbery.

Fairman’s mugshot (seen above) in a previous crime was released by police in hopes that the public would be able to assist in his capture.