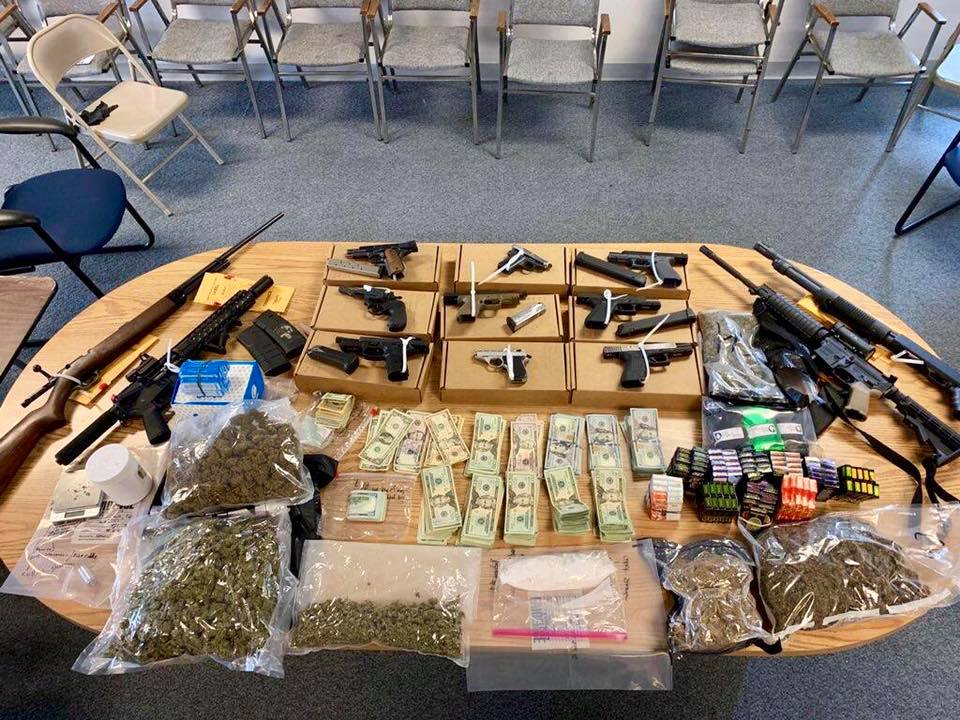 Police said they knew they would find drugs, but they hit the “jackpot” when they discovered three rifles, one shotgun, 10 handguns, more than $19,000 cash, more than half of a pound of meth, over seven pounds of marijuana, 129 THC vape cartridges and 18 packages of THC edibles.

One of the suspects arrested is a known gang member and has a lengthy criminal history, police said.

“In all seriousness, this is a small sample of what the women and men of IMPD Southwest District do on a daily basis,” the department said in a Facebook post Friday.