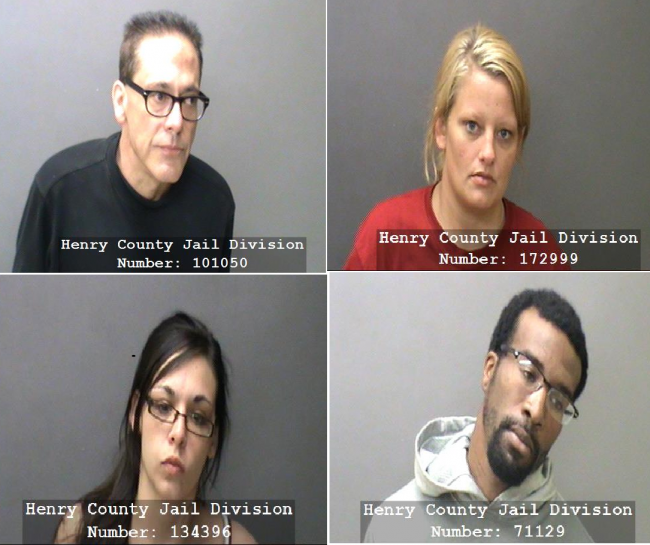 Andrew Goar, 50, and Brookelynn Carr, 24, face preliminary felony charges that include possession of methamphetamine and maintaining a common nuisance, and Carr faces an additional charge of possession of a schedule III controlled substance.

The first set of arrests occurred Tuesday night around 9:45 p.m. after a traffic stop at the intersection of Elliot and Cherry streets. Indiana State Police troopers found that both the driver, Andrew Goar, and passenger, Carr, were wanted on warrants for possession of methamphetamine and maintaining a common nuisance. After a search warrant was served, troopers investigated their residence in the 900 block of Plum Street, charging Andrew Goar and Carr a second time.

The second set of arrests happened just after midnight Tuesday, when troopers visited a residence in the 1200 block of Ivywood Court, locating Lemock and Madeline Goar, both wanted on drug possession warrants.

All four suspects were transported to the Henry County Jail.