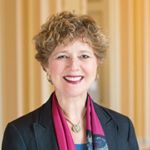 INDIANAPOLIS (AP) — Indiana Republican U.S. Rep. Susan Brooks announced Friday that she won’t seek reelection next year because she wants to spend more time with her family after four terms in Congress — a pending retirement that follows Democrats’ plans to target her suburban Indianapolis district in 2020.

Brooks, who is one of only 13 female House Republicans and is a leader of her party’s efforts to recruit more women to challenge Democrats in next year’s election, will retire when her term ends in 2020, her office said in a statement.

The 58-year-old said that serving in Congress is demanding work and she’s “ready to focus on the people who’ve done so much to support and care for me throughout my career,” including her husband, David, their two children, and other family and friends.

“This kind of work demands much. You’re never off the clock and there is always more work to be done. With gratitude for all that I’ve accomplished, I believe in term limits and in the power of new talent,” she said in a statement.

Brooks said she’s grateful to have had the chance “to make a difference and lead on critical issues,” including on national security and the opioid epidemic.

Democrats had already decided to target Brooks, whose district stretches from the north side of Indianapolis, into its affluent northern suburbs and north and east across rural areas to the cities Anderson and Marion, in next year’s campaign. But it would seem to be an uphill fight. Brooks was re-elected last year by a comfortable 14 percentage-point margin, and President Donald Trump carried the district in 2016 by 12 percentage points.

Some Republicans privately fretted that Brooks’ retirement could damage GOP recruitment and fundraising efforts. They said her departure could send a worrisome message that even as the party hunts for women candidates to try capturing competitive districts and winning back the House majority, the woman in charge of recruiting challengers — and who could face a tough race — was herself not running.

Brooks was first elected to the 5th Congressional District in 2012. That Republican-leaning district is more competitive than many of Indiana’s nine congressional districts, said Greg Shufeldt, an assistant professor of political science at Butler University.

Republicans currently hold seven of those districts, but Shufeldt said that in the 2018 election Republicans lost ground in Indiana’s suburban areas.

“A large chunk of the 5th congressional district includes some of those suburbs,” he said. “Of the nine congressional races in Indiana, this will be the one to watch next year. This is not a race to ignore.”

Brooks is the recruitment chair for the National Republican Congressional Committee, the House GOP’s campaign organization. It is unusual for a lawmaker to retire while they are a top official in that committee.

Rep. Tom Emmer, R-Minn., the NRCC chairman, said Brooks’ retirement would not affect her work for the campaign committee.

“Susan has assured me that she will be increasing her recruitment efforts, so we are full steam ahead,” he said in a written statement.

But Rep. Cheri Bustos, D-Ill., chairwoman of the Democratic Congressional Campaign Committee, said Brooks’ retirement will be a blow to the GOP.

“In a party whose leadership continually marginalizes women’s voices, losing Congresswoman Brooks, who was working hard to recruit women to run for office, underscores the problem Washington Republicans have created for themselves” by having so few female lawmakers, Bustos said in a statement.

But he said she’s broken with the president in a handful of cases, either in rhetoric or in House votes. Most recently, in May she was among eight House Republicans who joined all of the chamber’s Democrats in voting to approve sweeping anti-discrimination legislation that would extend civil rights protections to LGBT people by prohibiting discrimination based on sexual orientation or gender identity.

Brooks said in a statement after that vote that, “discrimination of any kind, towards anyone, is wrong and at this time in our nation’s history, we cannot turn a blind eye to the discrimination the LGBTQ community faces.”

A similar bill in the Senate faces long odds in that Republican-controlled chamber, and President Donald Trump is widely expected to veto the legislation if it reaches his desk.

Brooks voted in February to support Trump’s national emergency declaration that freed up Defense Department money for his long-promised border wall with Mexico, but earlier this month she said the U.S “must find compassionate solutions that will fix our broken immigration system.”

In October 2016, during the presidential campaign, Brooks blasted then-candidate Trump following the release of the 2005 “Access Hollywood” tape in which Trump boasted about grabbing women. Brooks called Trump’s words and actions “reprehensible and disrespectful” and added that she was “personally disgusted by this behavior.”

“This is nowhere near the conduct Americans should expect from someone seeking the office of President,” she said.

Brooks had vied to get the GOP nod to run for Indiana governor in 2016 after then-Indiana Gov. Mike Pence left the ballot to become Trump’s vice presidential nominee. Current Gov. Eric Holcomb, who was Pence’s preferred successor, was ultimately given the spot by the state Republican Party.