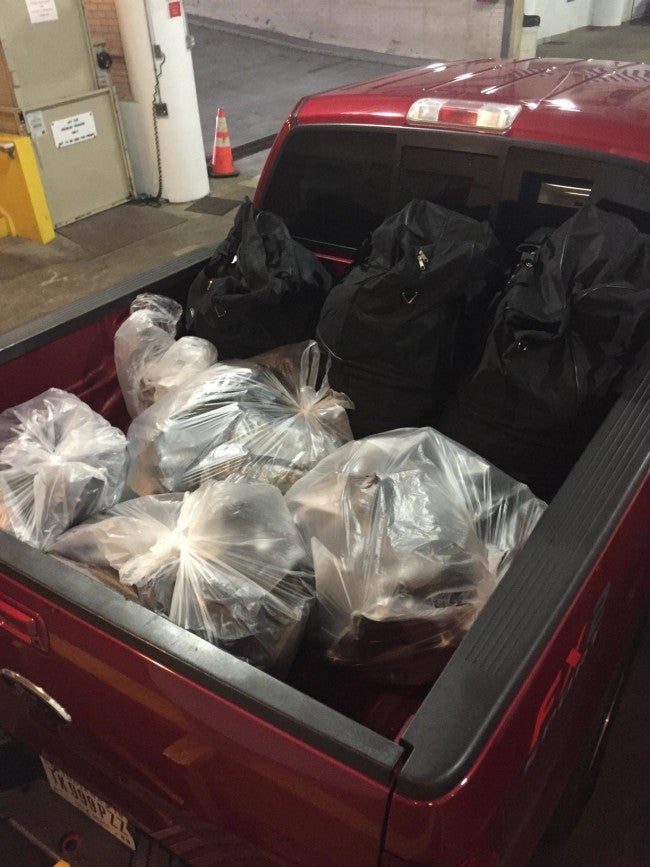 Police say they were tipped off by someone who reported smelling marijuana and seeing people coming and going from a building in the 9100 block of Pendleton Pike.

An officer arrived to the scene and spotted a large package of marijuana inside suite D.

After securing a search warrant, police discovered 400 pounds of marijuana, $100,000 in cash and three vehicles inside the suite.

Three people were arrested and preliminarily charged with dealing and possession of marijuana over 10 pounds, a level 5 felony.

The three people arrested were identified as Denyran Calvin, 22, of Fort Wayne; David Miller, 31, of Lawrence and Jamie Muller, 30, of Indianapolis.