5 hurt, including child, after police chase ends in crash 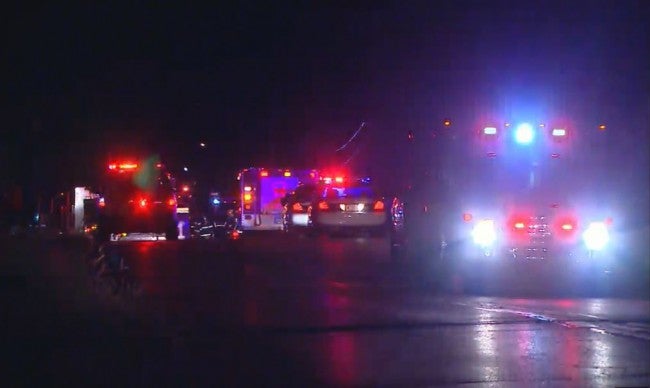 INDIANAPOLIS (WISH) – Five people were injured, including a young child, after a police chase ended in a crash on the northwest side, according to an Indianapolis Metropolitan Police Department official.

An IMPD officer on his way in to work saw a traffic violation and attempted to stop the vehicle, according to IMPD Lt. Michael Jefferson.

The vehicle fled down 34th Street and flipped over after crashing into another vehicle near Georgetown Road, police said. It happened around 9 p.m.

Four people inside the fleeing vehicle, including a child, were transported to the hospital.

One person inside the vehicle that was struck was taken to the hospital in stable condition. None of the injuries are life threatening, according to Jefferson.