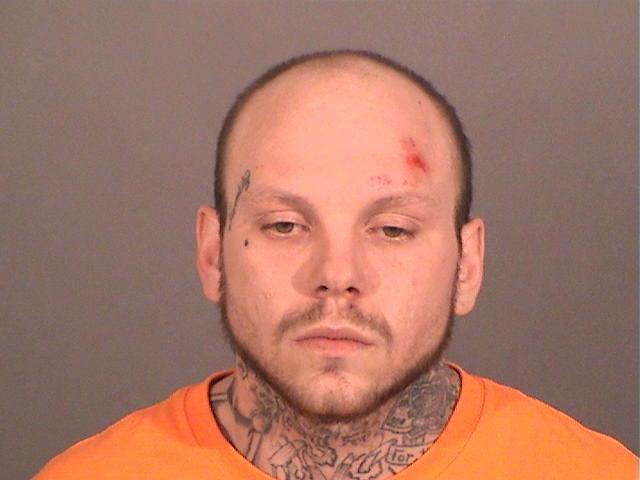 STEUBEN COUNTY, Ind. (WANE) – Five police departments were involved in catching an Angola man who led police on a chase Saturday night, according to the Steuben County Sheriff’s Department.

WISH-TV sister station WANE News reported around 8:50 p.m. the Steuben County Sheriff’s Department responded to a report of a suspicious person at a gas station in the southern part of the county. Before police had arrived, the person left the store and headed west on Waymire Road, west of County Road 150. Police attempted to stop the car, however, the driver did not pull over. He continued onto two other roads and ended up on Golden Lake Road, south of U.S. 20.

Police set up stop sticks to deflate the tires on the car. Before the driver reached the sticks, the car stopped and police took the driver into custody. A woman and a juvenile passenger were also in the car, according to the police report. They were later released from the scene.

The driver of the car, Keith Allen Cobb, 26, was arrested and booked into the county jail. He faces the following charges:

Cobb also has outstanding warrants from another county.

During the chase, the car traveled between 50 and 55 miles per hour. Police did not indicate how long the chase lasted.