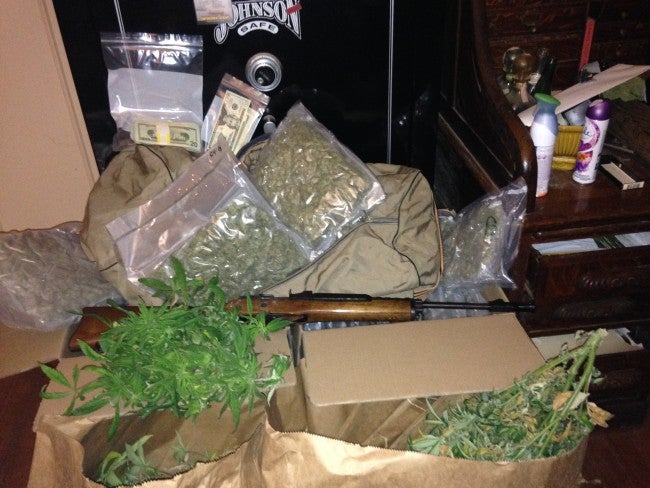 A warrant was served in the 1200 block of East 71st Street by the Marion County Sheriff’s Department to locate a subject.

While police were on scene a male inside the home attempted to escape through a window. Police were able to apprehend the male.

Police say the man informed them his father was inside the home. During a quick search of the home police discovered the marijuana grow operation in the basement.

ISP was notified of the operation.

Fifty marijuana plants, seventy, one pound baggies of processed marijuana, one rifle, three pistols and about $100,000 in cash were located by ISP.

ISP asks anyone with information about illegal drug activity to contact the drug tip line at 1-800-453-4756.