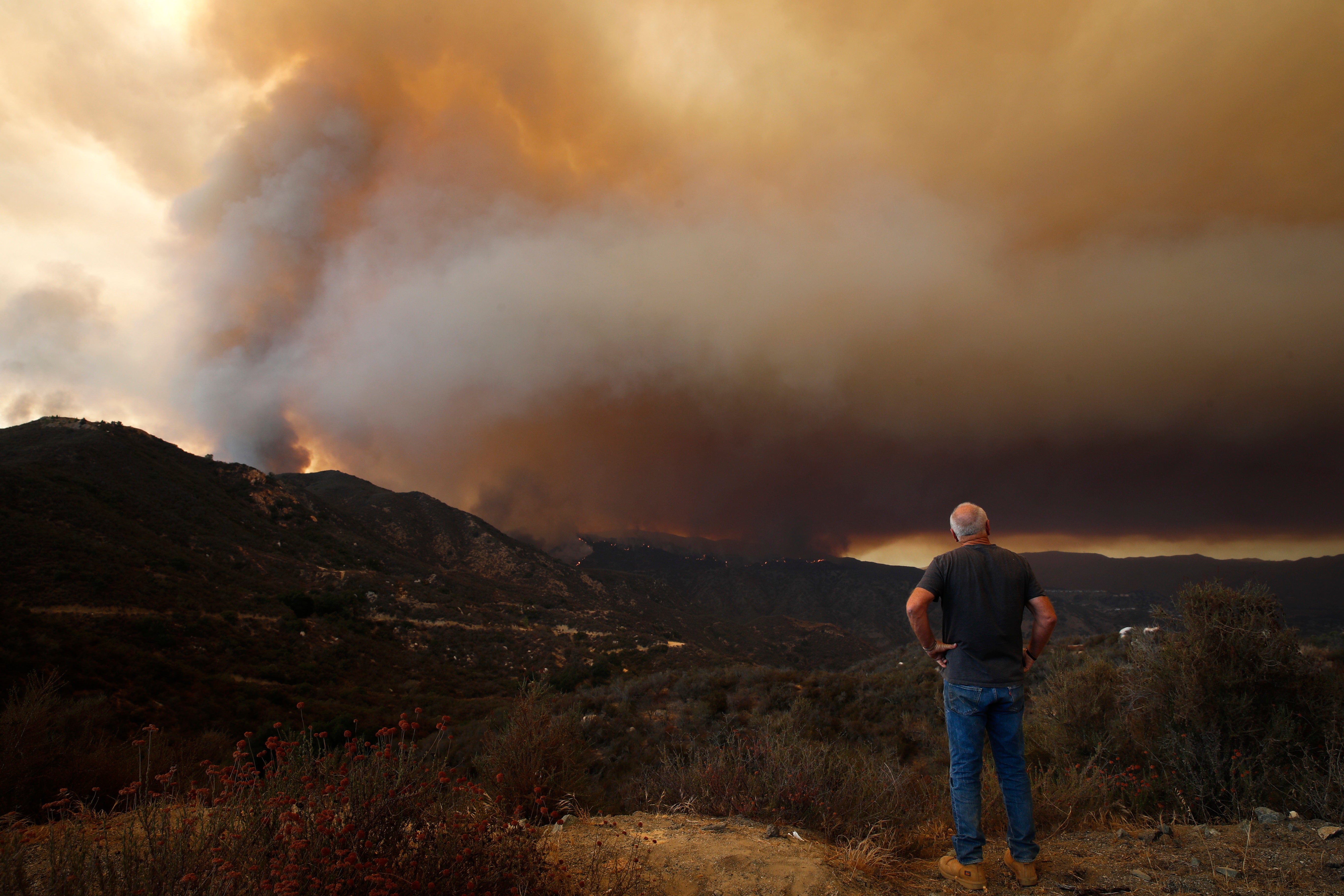 LAKEPORT, Calif. (AP) — Police have arrested a man in connection with a Southern California wildfire that has burned 12 cabins and led to some evacuations.

Officials at the Cleveland National Forest say 51-year-old Forrest Gordon Clark was booked Wednesday on suspicion of two counts of felony arson, and one count each of felony threat to terrorize and misdemeanor resisting arrest.

It’s unclear whether he has an attorney.

Clark is being held on a $1 million bail and is set to appear in court Thursday.

He was arrested in connection with the so-called Holy Fire, which has burned more than 6 square miles in the Santa Ana Mountains.