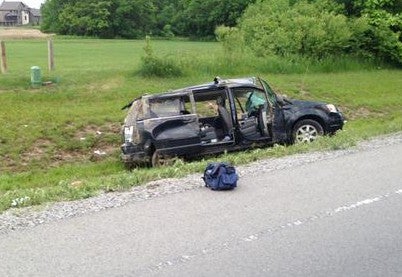 FISHERS, Ind. (WISH) — Six children and one adult have been hospitalized in a crash involving two vehicles in Fishers.

Tom Weger of the Fishers Police Department said that a car and a minivan collided around 7 p.m. on Southeastern Parkway near 126th Street.

Police said seven people in the minivan were transported to a local hospital, including one child, who was ejected from the vehicle. All seven injuries were described as serious.

None of the three occupants of the car were hospitalized.

Weger said crews are still on the scene and expects the road to be closed for at least a couple of hours.