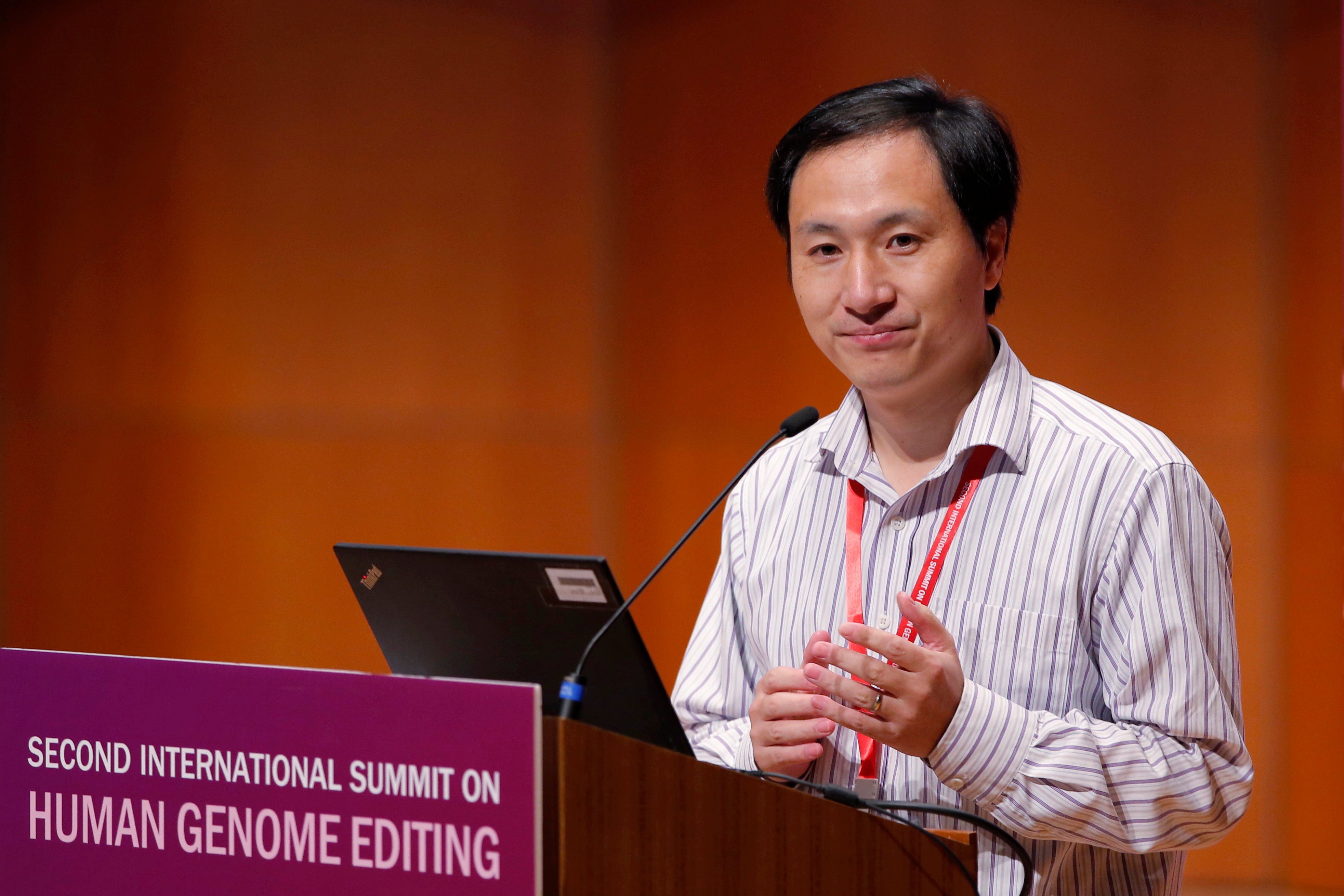 (AP) — Six months after a Chinese scientist was widely scorned for helping to make the world’s first gene-edited babies, he remains out of public view, and new information suggests that others may be interested in pursuing the same kind of work outside the United States.

A fertility clinic in the United Arab Emirates city of Dubai emailed scientist He Jiankui to seek training in gene editing, Stanford University bioethicist Dr. William Hurlbut said ahead of a speech Tuesday at the World Science Festival in New York.

Hurlbut, whose advice He often sought, said He told him that scientists from multiple countries and families with inherited health problems had messaged support and interest in altering the genes of embryos to prevent or treat disease. Hurlbut gave The Associated Press an email he said the Dubai clinic sent to He in December, altered to hide the clinic’s name.

“It reveals what eagerness there is out there to use this technology” and the need “for some sort of enforceable governance” of it, Hurlbut said.

Jennifer Doudna, a University of California, Berkeley, co-inventor of the CRISPR gene-editing tool that He used, said that she also has heard of others who want to edit embryos.

“I think they’re entirely credible,” she said of such reports. Doudna, who was also a speaker at the New York festival, said the field needs to focus on setting specific criteria for how and when such work should proceed.

“The technology is frankly just not ready for clinical use in human embryos,” although research should continue, she said. Doudna is paid by the Howard Hughes Medical Institute, which also supports AP’s Health and Science Department.

Scientists and policy leaders have been debating how to set international standards or controls since He claimed in November that he had altered the genes of twin girls at conception to try to help them resist possible future infection with the AIDS virus.

Editing embryos is outlawed in many countries because it risks damaging other genes, and the DNA changes can be passed to future generations. Many scientists have condemned He’s work, and attention has fallen on other scientists who knew or strongly suspected what He was doing.

Stanford recently cleared Hurlbut and two other faculty members of any wrongdoing. Rice University in Houston is still looking into any involvement that He’s former adviser, physics and bioengineering professor Michael Deem, may have had.

Hurlbut said it would be best for the field if all involved revealed what they knew and when, because some people did give He, who goes by “JK,” encouragement.

“If you call JK a rogue scientist who did this by himself, you miss the truth, and then you fail to see what’s wrong with the current structure for the global governance of science,” Hurlbut said.

The Chinese scientist has not been seen publicly since shortly after he spoke at a gene-editing conference in Hong Kong in November. The AP’s efforts to reach him by phone and email were unsuccessful. Hurlbut and Ryan Ferrell, a media relations person He had hired, said they could not comment on any contact with him or his whereabouts now.

He’s claim has not been published in a scientific journal, but the babies’ existence seems to have been confirmed by investigators in Guangdong province. According to China’s official Xinhua News Agency, investigators said He evaded supervision of his work and violated research norms out of a desire for fame. The report said He acted alone and would be referred to authorities for any violations of laws or regulations.

There has been no word on how the twins are faring or the status of a second pregnancy He achieved with a gene-edited embryo, thought to be in its seventh month now.

Last week, the U.S. National Academies of Medicine and Sciences and others formed an international commission to develop a framework of scientific, medical and ethical issues to be considered for any future attempts to edit eggs, sperm or embryos.

The World Health Organization also has formed a panel on developing global standards for oversight of the field. But those efforts are moving slowly. The group plans to gather views for two years.

“Many people are still grappling with the pace at which the technology is advancing,” Doudna said. “It’s really quite astounding.”