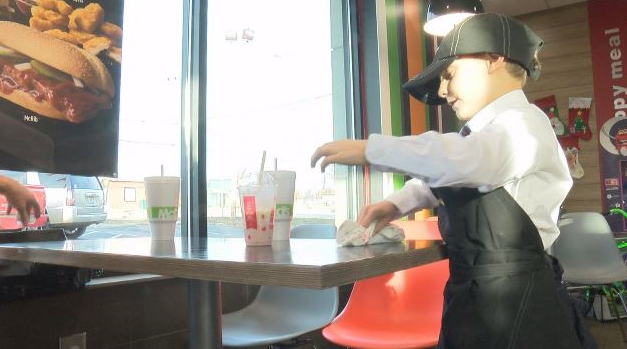 BICKNELL, Ind. (WTHI) – In Bicknell, around dinner time, McDonald’s becomes a hub. It’s a place to grab a bite to eat after a long day’s work, and for some, a way to put food on the table.

That’s no different for their newest employee, Trenton Gardner.

“You see, when I wipe tables and customers are at the tables, I get paid for it,” he said, “It’s the coolest job I’ve ever done.”

Looking at him, you can’t help but notice that he appears a little young. Well, after all, he is only 7 years old.

“He asked for a job and they told him he was too young, and he burst into tears because he was so upset,” said General Manager Rhonda Butler.

Determined to get hired at McDonald’s, Butler noticed his persistence. She and management came up with an idea. They hired Trenton as an honorary employee, complete with his own apron, name tag and hat.

For $1, Trenton wipes the tables quickly and with a smile. However, the money isn’t for him. He uses it to buy toys for children in his community.

“Just to see someone so young have that kind of ethic, and just want to help and be a part of something, and he’s like ‘McDonald’s is the best place ever!’,” Butler said, “So it’s good to know that hey, this could be one of my future employees.”

His mother, Lindsey, says the idea came up after Trenton found out about Toys For Tots.

“When Toys For Tots bins started coming out, he wanted to know what it was,” she said, “Me and his dad explained to him that not every kid is fortunate enough to get toys like he did for Christmas, and that made him very upset and very sad.”

“We’ve always raised Trenton that not everything in life is handed to you and you have to work hard for what you get,” she said, “So low and behold that led him to asking his Grandpa Terry if he could take him to McDonald’s to get a job.”

Trenton has only been on the job for about a week, and he said he absolutely, 100 percent, loves it.

“You don’t expect a little kid to be that excited about wanting to do something,” Butler said, “He just wanted to be part of something and be a part of the team, and it’s good to be able to give him that little bit of excitement and something for him to look forward to.”

As his mother, Lindsey says there’s no greater feeling than knowing her son wants to make a difference in someone else’s life.

“I don’t know where me and his dad went with this, but we’re so glad that we raised him up this way,” she said.

“Part of being a mom, no matter how old your kid is, is what am I going to do when he gets older? One day I’m not going to be there,” she said, “That’s where me and his dad started out young with him, we wanted to make sure that he had good values and that one day he can function when we’re not there. If he’s willing to do this so hard at 7, I only imagine what he’s going to be like when he gets older.”

Bicknell McDonald’s also joined Trenton in his efforts by donating toys of their own. Early Tuesday evening, Trenton and his family were able to drop off a truckload of toys to their local Social Ministries. 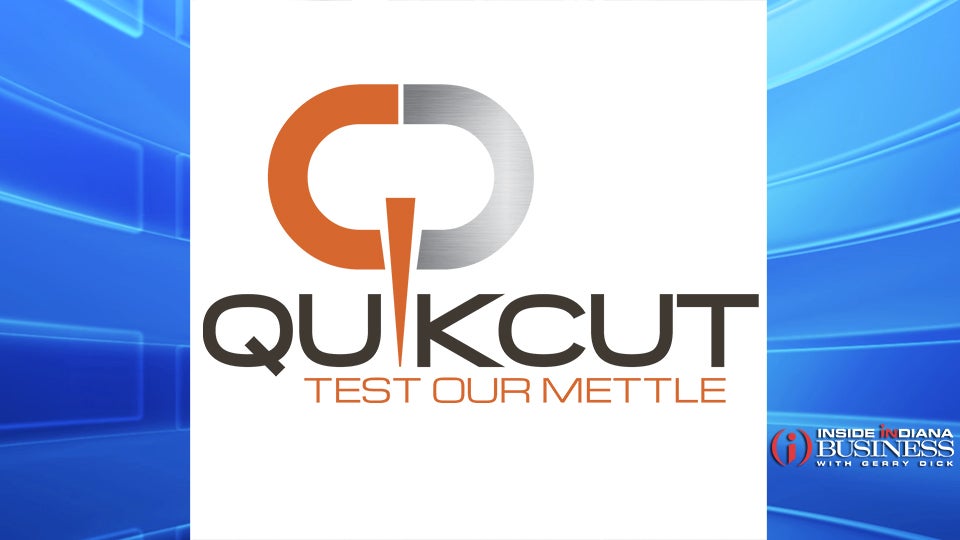